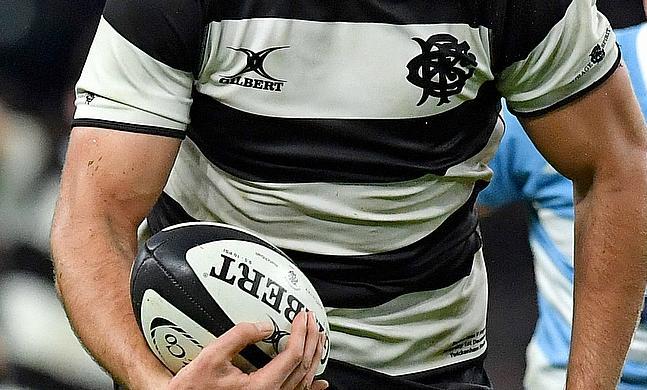 Barbarians will face Wales in November in a double-header
©PA

England Women beat Barbarians with 40-14 margin
Gulliver: 'You can't turn down the opportunity to play in such a prestigious team'
Taylor: ‘It doesn’t matter who it is that we’re playing against, we are going to be united in our goal to beat them’
England Women beat Scotland 80-0 to win Grand Slam

Soon after their historic double header against England at Twickenham, the Barbarians have announced that they will be doing the same against Wales in November. It will be the first test for incoming Wales coach Wayne Pivac, with Warren Gatland taking charge of the Baa Baa’s for the game that will take place at the Principality Stadium.

There is plenty of history between Wales and the Barbarians, with legends like J.P.R. Williams and Martyn Williams both having worn the famous Black and White hoops. In the most recent Barbarians squads, for both the men and women, there were six Welsh players who all played a role against England.

Barbarians Ladies coach, Liza Burgess, will be joined by former Wales captain Rachel Taylor, who played in the first ever Barbarians game against Munster in 2017. Also, it is likely that the three current Welsh internationals in the Ladies team will play for their country in November too.

Elinor Snowsill, Alisha Butchers and Cardiff Met student Jasmine Joyce all provided some memorable moments for the Barbarians in recent weeks with Snowsill’s superb kick and chase for the club against the USA being particularly notable.

It will be a major affair for Wales’ Women’s side too. Not getting nearly as much coverage as the men’s team, the game is a great way for Rowland Phillips’ side to showcase themselves at the home of Welsh rugby.

In terms of the men’s game, it is uncertain what the make-up of the Welsh side will look like. Coming off the back of what will be a pretty gruelling Rugby World Cup in Japan, it is conceivable that the nation could be coming into this game as champions of the world.

Therefore, the player pool available could be restricted, or even decimated by injury. So, much like England at the weekend, Wayne Pivac may be forced to field an experimental side filled with players that have the potential of getting senior caps in the future.

As a result, the Welsh faithful won’t be able to take that much from either a win or a loss. As always following a Rugby World Cup, some players will be taking a sabbatical, many would have retired from their international commitments or will be adjusting to Wayne Pivac’s new style of play.

It’s a DOUBLE HEADER as our Men & Women take on @WelshRugbyunion ??

With Warren Gatland ?? as our coach ??

Regardless, the games that will be taking place on Saturday 30th November should provide excellent viewing and will be the first time in seven years that the Barbarians have played on Welsh soil.

This fixture is yet another step forward for the women’s game. Giving the female players the opportunity to showcase their talents, at what is in my opinion the best international rugby stadium in the world, is an incredible opportunity.

Whilst rugby union remains the most popular sport in Wales, there have been very few occasions that the women’s side have been able to share the same pitch as their male counterparts. Jasmine Joyce is genuinely one of the best female players in the world and we are fortunate that she gets to play her domestic rugby here in England, but to see her in the wide open spaces at the Principality will be special.

Joyce said last week in an interview that she wanted to see a Women’s Lions side, and with the Barbarians Women’s side gaining so much attention, that may not be too far away from happening at all. This fixture will certainly help towards this argument and give even more people the chance to see women’s rugby, for what could even be the first time.

WOULD BE A DREAM.

Having gone to the England vs Barbarians game at the weekend, I think it would be fair to say that there was interest in the women’s game. At times there was more attention on it, the big hits being welcomed by rapturous applause.

I even noticed that one of my old clubs had taken a large portion of their girls team to the game, offering them the chance to watch high level women’s rugby and introduce role models to them who were playing on England’s biggest stage, Twickenham.

The men’s fixture is largely being used as a way to say goodbye to the long-serving Warren Gatland. Gatland has simply changed the face of Welsh rugby in his 12 years in charge, so for him to sign off in front of the Welsh public at the Principality instead of Japan, is a touching tribute.

Overall, I think this will be a great occasion. The women’s game will be helped massively as the attraction that is the Barbarians club, has again allowed the women to be showcased alongside the men.