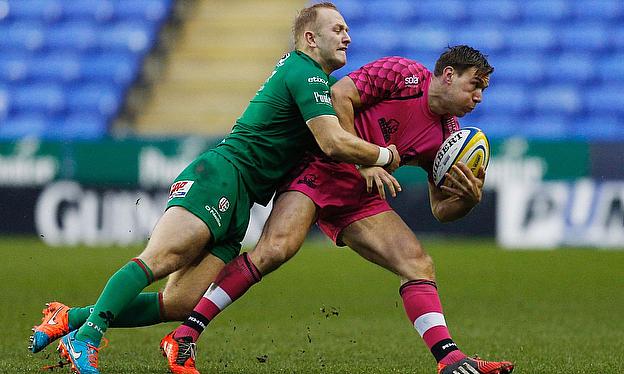 Irish held out Welsh at the Madjeski Stadium
©PA

Round 11 was a dramatic one, the order of the weekend was that the matches had to go down to the wire and boy did that make things very interesting! Amongst other things Harlequins travelled to the Big Stoop but Saints spoilt their party, Wasps won on the road for the first time this season and the Falcons put in a head turning show at home… it was quite the weekend!

On Boxing Day London Irish hosted London Welsh at the Madjeski Stadium in a game that exceeded expectations. Pre-match it was deemed by many that it would be an 'average' game however in actual fact it was filled with drama and some good rugby, considering the terrible conditions. Tom May and Dan Leo both saw red from referee Greg Garner after an emotional scuffle that epitmoised the power charged game. Irish's tries came from Tom Court and Geoff Cross on a day in which the Exiles' forwards really stepped up to the mark. Welsh will be disappointed with their precision for they made many of the right moves but a missed pass here and a knock on there squashed any fluidity. Final Score London Irish 24 London Welsh 9

In a fixture that has been traditionally dominated by Bath, this Round 10 derby was far from a one horse show as Exeter ruffled feathers at The Rec. Both teams delivered 80 minutes of super rugby, positivity was the order of the day and it was epitomised by the tries from Matt Jess and Kyle Eastmond. Yet again Kyle Eastmond shone in a side that is absolutely jam packed with quality from one to twenty three. The strength of Bath’s bench proved to be their ace card as the fresh legs of Paul James and David Wilson in particular added extra spice in the set piece. Mitch Lees’ yellow card for going in at the side with ten minutes to go meant that Rob Baxter’s men struggled to find the final push for the losing bonus point. Final Score Bath Rugby 31 Exeter Chiefs 14

On a frosty day in South West London Harlequins made their annual trip to Twickenham for their Big Game. Harlequins’ Premiership form has been patchy but there is nothing like a crowd of 82,000 to inspire you to deliver. Statistically it was all about Nick Easter’s men as they dominated in terms of the possession (75%) and meters made (487 to 158)  however the Saints ‘ class shone through. Jim Mallinder’s men were clinical and made the most of their limited ball, in particular Samu Manoa excelled and he showed exactly why he is a man in high demand. It was great to see Alex Corbisiero back on the field for Saints and their forwards certainly had the upper hand throughout. Harlequins should take much confidence from their performance level and as Conor O'Shea said afterwards 'they'll win a lot of games if they play at that level'. Final Score Harlequins 25 Northampton Saints 30

Once again the Newcastle Falcons pushed Saracens to the wire on Saturday afternoon. Saracens headed into the final five minutes with a comfortable 25-13 lead and the match in their palm of their hands however an over zealous pursuit of the bonus point almost cost them the match as Chris Harris delivered two late tries for the home side. Chris who was on a dual registration agreement with Rotherham isn’t likely to go back now according to Dean Richards such was the impression that he made! Juan Pablo Socino just pulled the final conversion wide in what otherwise a great day for him. Saracens’ Farrell contributed 10 points and continued to look sharp however this was a game that was all about the respect that Newcastle commanded from McCall’s men and the manner in which they asserted themselves. Final Score Newcastle Falcons 23 Saracens 25

Steve Diamond sighted a spot of inexperience from his side as they lost by two points after having had a handsome 30 points to 15 lead. It was exactly that type of grit and determination that Leicester are historically famous for and they needed every inch of their experience to triumph at the AJ Bell. Cockerel’s side had to contend with two changes prior to kick off as Graham Kitchener and Anthony Allen both withdrew however their replacements Sebastian de Chaves and Seremaia Bai in particular conducted themselves well. Sale will be kicking themselves for the game was there for the taking, Chris Custier stole the show on what was a good but heartbreaking day at the office for the men in blue and white. For the Tigers it could be the game that ignites their Premiership campaign although Cockers is still less than impressed by his team’s defensive ability. Final Score Sale Sharks 30 Leicester Tigers 32

The final game of the weekend was at Kingsholm where Gloucester hosted Wasps. Gloucester ignited the home crowd after just 49 seconds thanks to the feet of Jonny May however Wasps  steadily worked their way back into proceedings thanks to their own electric backs. At half time  David Humprehys introduced Billy Burns to the fly half position and he made an immediate and direct impact on the game, giving the Cherry and Whites more impetus and fire power. However it was the boot of Elliot Daly, from 50m, that proved to be the difference between the two as Wasps secured their first win on the road this year. The Shed ended the day a little restless as this was the Cherry & Whites' fifth loss in a row at home. Final Score Gloucester Rugby 23 Wasps 30