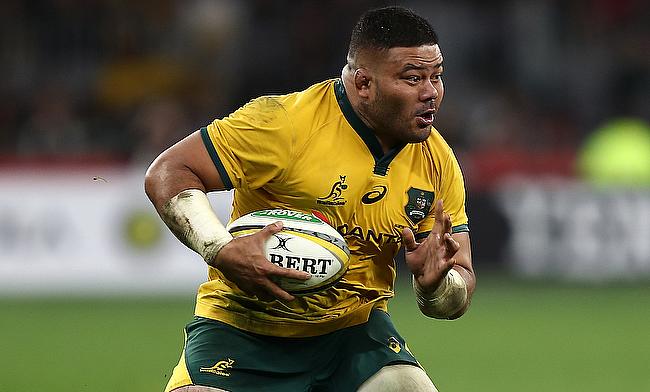 Australia scored four second-half tries as the Wallabies fought back to defeat a valiant Fiji side 39-21 in Sapporo.

The Rugby World Cup has arrived– and following the events at the Sapporo Dome, it is set to be another thrilling competition.

Australia began their campaign with an opening victory over Fiji, but this was hardly the Wallabies laying down a marker to the other leading nations.

Michael Cheika’s side had been inconsistent in the lead up to the World Cup and after 45 minutes of playing second fiddle to Fiji, the men in Green and Gold eventually turned the screw to begin Pool D with a win.

Australia won’t get too carried away with this victory, but the Wallabies will be relieved to head into their next fixture with Wales with a win under their belt.

For all the talk of Fiji causing a potential upset on day two of the World Cup, John McKee’s side did nothing to dampen the optimists and for the opening 40 minutes the Pacific Islanders were seemingly in control.

What a start and what a try!

Tuisova bulldozes his way down the wing before passing to Nayacalevu who sends Peceli Yato over ????

The Flying Fijians are known for their explosiveness and superb skill-set, but after four years of building and developing their game, McKee would have been delighted with the way they engineered their first points.

Rather than a length of the field, free-flowing score, the excellent vision of Ben Volavola saw the fly-half find touch and a mistake by Australia scrum-half Nic White allowed Volavola to ping over a penalty.

Fiji’s line speed was suffocating Australia and their early pressure was rewarded as Peceli Yato darted over after a superb show of strength from the gigantic frame of Josh Tuisova.

Ahead of this tournament, Fiji had never been higher in the world rankings and their progress since 2015 was typified by their defence and in particular, a huge hit from Levani Botia.

Their trademark inventiveness was also on display in the first quarter as Volavola’s cross-field kick was nearly latched onto by Semi Radradra, who was operating on the wing.

However, Australia slowly switched on in Sapporo and they were back into the contest thanks to their leader; Michael Hooper. There was a question of a forward pass in the initial build-up to the try, but following an excellent scrum, the Wallabies had the momentum and Hooper smashed his way over.

With Australia looking more alert, they had an opportunity to gain a foothold in the match for the first time but more mistakes from Cheika’s side allowed Volavola to extend Fiji’s lead from the tee.

Disappointed, but proud of the first half performance with plenty to build on ??

The Flying Fijians were now in the ascendency, but they received a major blow when the impressive Yato was substituted for an HIA following a debatable no-arms tackle from Australia winger Reece Hodge.

Yato would remain off the field for the rest of the match and whilst Hodge wasn’t penalised, he would go on to punish Fiji before the break. Volavola made it 14-7 with his third penalty, but the Wallabies kept in touch as quick ball and excellent vision from the line-out allowed Hodge to dive over in the corner.

Fiji held a slender two-point lead and the key for McKee’s side was to maintain their intensity, stay strong at the set-piece and keep disciplined if they were to shut Australia out.

The Flying Fjians never trailed in the opening 40 and they were able to captalise on another Australian error as a lack of concentration allowed Waisea Nayacalevu to pounce on the loose ball and race under the posts.

It was the worst possible start to the second-half for Australia, but this would be their final setback in Sapporo as they regrouped extremely well.

Against New Zealand in the Rugby Championship, the Wallabies were expansive, but Cheika’s side went back to basics in order to secure this victory over Fiji.

Hodge slotted over a penalty on 50 minutes before Tolu Latu eventually barged his way over after Australia had camped themselves on the Fijian line.

Discipline was now becoming an issue for Fiji, (12 penalties conceded during the match) and when Botia was shown a yellow card, Latu claimed his second try from close range and the Wallabies had a spring in their step.

It was becoming a lot more comfortable for Australia and well executed scores from Samu Kerevi and Markia Koroibete - following a sharp pass from former Sale Shark James O’Connor - wrapped up an extremely hard-fought win.

Of course, the Wallabies will be very pleased with how they managed to turn the game around but Cheika will know there is still work to be done whilst Fiji’s performance was certainly encouraging and after 45 minutes, it had them dreaming of an almighty shock.

However, Australia overcame their first hurdle and with Wales to come next Sunday, a victory in Toyko would put the Wallabies in a strong position to finish on top of Pool D.