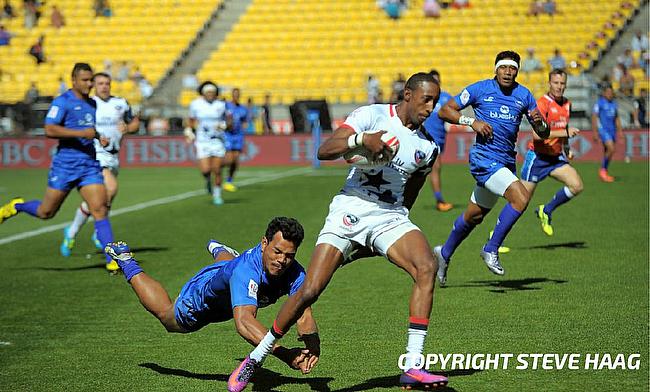 Chester will play host to some of the world’s best athletes this weekend.

The likes of Carlin Isles, Perry Baker, Rosco Specman and Seabelo Sentala will be at Hare Lane for the second year of the Athlete Factory 7s.

For many teams, this will be their last opportunity to play in a sevens tournament ahead of the opening leg of the World Series in December. USA Sevens strength and conditioning coach, Phil Greening, is one of the masterminds behind this event that is sponsored by his purpose-built training centre, the Athlete Factory.

An expanded version of last year’s tournament will see the likes of South Africa, Hong Kong, Nigeria and Jamaica compete in Chester, along with invitational side the Ramblin’ Jesters. Returning to the event will be England, France, Ireland, Spain and the USA.

“I think it’s just the timing,” Greening said when asked why so many high-profile teams were heading to Chester this weekend.

“We are lucky enough to organise it ourselves amongst the coaches, to get the teams over and have a last hit out before Dubai.

“It has traditionally been quite difficult to get pre-season games before Dubai, so we’re lucky that we can host it at my place and that everyone sees it as such a valuable thing to do.”

What is the Athlete Factory?

On the grounds of National Two North’s Chester RUFC, the Athlete Factory is a purpose-built high-performance facility that was established by former England and Lions hooker Greening.

With several other former professional athletes working at the facility, Greening takes pride from the fact that members of the public are able to draw upon his and his staff’s experiences in elite sport to benefit themselves.

“Anyone who is serious about their health, fitness or sport, we’re the place for them and having elite teams use us says what sort of facility it is,” Greening said. “We’ve had elite rugby teams, football teams, Team GB athletes, para athletes, so it has been great.

“It’s an idea that is motoring quite well and us coaches want to share our knowledge with everyone because there are no gimmicks to health and fitness. It’s just having the knowledge, the skill set and the equipment to get the best out of people.”

A Weekend in Chester

Split into two pools, Ireland will be taking on Jamaica in the first fixture of the day. Pool 1 will also includes the USA, Nigeria and France which will see three World Series teams pitted against one another.

Pool 2 has a similar amount of heavyweights, with South Africa and England placed alongside Hong Kong, Spain and the Jester’s Invitational side. Over the two days of action, there will also be several charity and youth activities too.

On Friday evening there will be a charity veterans match where sides made up by charities Rugby For Heroes and Wooden Spoon will have teams taking on one another for their causes.