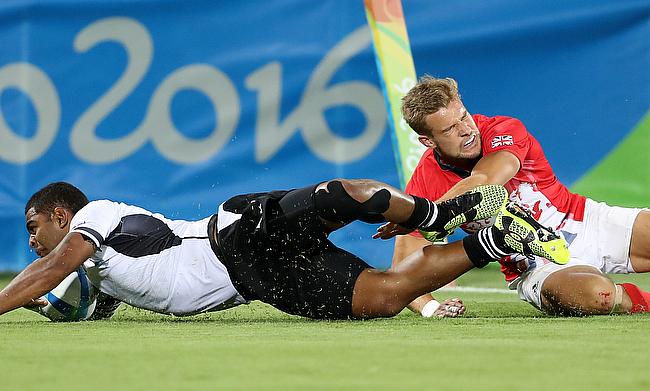 Tom Mitchell (right) will once again be leading England side
©PA

The 2020 edition of World Rugby Sevens Series comprising of 10 rounds will be a build up to the all-important Tokyo 2020 Olympic Game and it will be Tom Mitchell, who will be leading England with all-time leading try-scorer Dan Norton also part of the squad.

Northampton Saints academy graduate Tom Emery has been called up to the squad after impressing in the ranklin’s Gardens side’s sevens team along with Will Hendy and Alfie Johnson.

England ended their 2018/19 campaign by securing Olympic qualification on behalf of Great Britain despite missing a host of key personnel through injury. Youngsters Ben Harris and Jamie Barden shone.

"Looking to the season ahead, it’s a big one with the Tokyo 2020 Olympics at the end. With six combined competitions with the women, it will be an exciting year," said Armor.

“On the back of a tough 2018/19 campaign, we have a number of players rehabbing injuries at the moment.

"We know how big a challenge the World Series will be and our focus this year will be on getting our experienced and talented squad peaking at the end of a long season to not only earn selection for Team GB but give Team GB the best chance of becoming Olympic champions.

“We are also excited to see how Ryan progresses with Northampton Saints and feel that after a couple of years with the sevens programme, he has developed well to make a real impact in XVs.

“Jamie and Femi will both continue to be involved with the England Sevens programme while developing through the university system which we are big supporters of.”