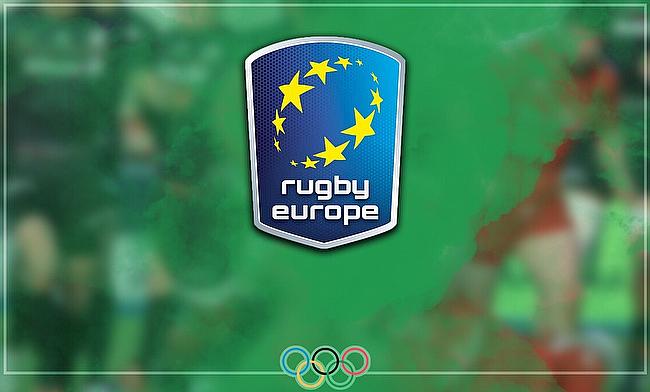 After competing in the Olympic qualifier last weekend, Joe Harvey caught up with Cambridge Director of Rugby Richie Williams and Sale FC’s Matt Bradley to discuss their experience with Hungary.

Joe Harvey: So how has the weekend been for you guys?

Richie Williams: The first game was against France and everyone was looking forward to it, the second one we just let ourselves down a little bit against Portugal. There are good bits, the difference is, as you know, you make a mistake and its level and you just get punished.

There were better signs in the Russia game. It was nice to finally score and get that monkey off our back. We could have scored another three or four, it’s just little things. There’s a big difference between us and the professional teams and the amateur teams isn’t there? Ultimately that’s the big difference.

Matt Bradley:  You’ve got to remember that there is a massive difference. Even some of the more experienced lads in our group, like myself and Marc (Koteczky) and a few of the France-based lads, we’re part-time players and we are playing against guys that are full-time sevens players, not 15s players.

Russia play @RichieWills10’s Hungary next up. Hungary showed promise yesterday and we sincerely hope that they express themselves today. pic.twitter.com/LeiDFyOvoi

It’s been invaluable. As an experience it’s been unbelievable, that first game against the French, I’ve never played in front of a crowd like that. Yeah, it’s been really good.

RW: For us, next season going into the Trophy competition, as Matt has just said, those experiences will benefit us massively. Just the skill level being under constant scrutiny, physically players need to be better conditioned at this level. The whole approach to it all, the off-field stuff, your warm-up, your recovery. You know, there are things there that players haven’t been exposed to before, so it’s really good.

Lithuania and Ukraine finished top of the Trophy, so in essence there’s two divisions difference between us and them. Yes, we’ve not won any games, but I think we’ve done ourselves a bit of credit. I think that people can see that it means a lot to the Hungarian guys, the effort is there.

MB: And we’re defending for longer periods, which doesn’t help! In each game there’s been a couple of minutes in each half where it’s been pretty positive. The Portugal game, I think, was the biggest one, because they could have beat us four tries to two, as opposed to five tries to none.

For two of their tries, we were on their tryline basically and they’ve gone the length. That seems to be a recurring situation, they seem to turn the ball over, and they’ve got nobody in front of them, so they go the length. It’s been a steep learning curve, but I wouldn’t change it. It’s been a really good experience.

RW: We’ve got a young team; Matt is probably one of the oldest players that we’ve got. It was a 19-year-old that scored the try, another 20-year-old, the average age is probably 23, so it is exciting. It has probably given the boys a bit of a flavour now, that this is what you get if you work really hard, potentially you can play at a higher level to what they do at the moment.

JH: So, have you and Gareth Lloyd (Sevens Head Coach) taken quite a lot from this weekend regardless of results?

RW: Oh yeah, a hell of a lot. We had no expectation that we were going to win games yesterday, but as Matt said, in every game there has been little positives that have been apparent.

It’s a steep learning curve, but things like individual skill level, you’re not going to correct that in a day. That’s a long-term plan and that’s a long-term programme. But as you can tell, loads of people have come over from Hungary, it’s in the press back in Hungary, so it’s served a purpose, hasn’t it?

MB: Definitely, definitely. Certainly, when I wanted to play for Hungary, I didn’t envisage myself playing against France at sevens, so that says it all really and I’ve only been involved since November. It’s given us a flavour and hopefully we have something now to aspire to and next year, who is to say that with the experience we’ve had here, that we can’t be up there in the Trophy? I actually think there’s a possibility that we might be.

JH: Matt says that it’s been a crazy few months for him, but is it crazy for you Richie, three or four years into your involvement?

RW: Yeah, it’s amazing. I did a bit of a presentation on Saturday morning and showed them where we were four years ago to playing at this level. Little things like playing in the Milton Keynes 7s tournament in 2016. Didn’t book any accommodation and the players were sleeping on the floor in the changing rooms.

Just little visual cues for players to show them how far we have come and the core of that squad that was there at the start. Matt has come in, Marc and couple more players that have given us a bit of stability, but that young group have been through those experiences that France wouldn’t have been through. England wouldn’t have stayed on a changing room floor anywhere.

That’s the difference, I think what we didn’t want to do was be something that we’re not this weekend. You look at the investment that a lot of the unions get and ours is just a drop in the ocean and I think that if we tried to change too much, you move away from your identity a little bit. I think what makes Hungary unique is that, without sounding disrespectful, that amateur side of things.

A pretty cool few days and hell of a learning experience. Well done to all @RugbyHungary and here’s to a bright future #Tokyo2020 #RugbyEurope pic.twitter.com/AubYIKB6HQ

The players enjoy each others company and there’s still values there that were around when rugby was purely amateur, but as Matt has said, two or three players have come in that have had a good level of rugby experience, that brings the level up internally as well. We joked that when we (Cambridge) play Sale in November, I think a couple of the guys will come over to watch that game. It’s nice and I hope it has left a good legacy, I know it means a lot to Matt to play for Hungary as well, it’s been brilliant. A really good journey. Quite surreal isn’t it?

MB: That’s the key word isn’t it. Surreal. I went to the London 7s and then we’re in the tunnel with most of them. The big difference for me is that they are sevens players, they train full-time as sevens players. We’re 15s players, we’re doing a job at sevens though.

As Richie said, we didn’t want to come and see it as a bit of a holiday. We’ve come in and we’re based in a little town for a few days and we worked really hard at fitness and everything. Double sessions and things like that. I don’t think there’s been a lack of effort whatsoever, I just think it’s the skill level and the fact that these guys are playing full-time sevens.

RW: Things like sitting next to Waisale Serevi and having a beer with Serevi, you have to pinch yourself a little bit. Growing up, you watch him play and he is the king of sevens. I don’t think some of the younger boys realise who is.

RW: Yeah, it’s little things like that and we had a good chat with Simon Amor on Friday, and they’ve said that if we can link up in any way and help with any development. It’s really nice.

Yes, we’ve not won any games, but we’ve given that effort and we’ve not rolled over in any game, it’s been a worthwhile experience and a break from preseason as well.

JH: Are we anticipating the most competitive National One season ever?

MB: We were discussing the ins and outs, all that kind of stuff and it seems that Chinnor have most publicly added people left, right and centre. I know Richie’s assembled a squad and obviously us at Sale, we’ve got a good squad together for this year.