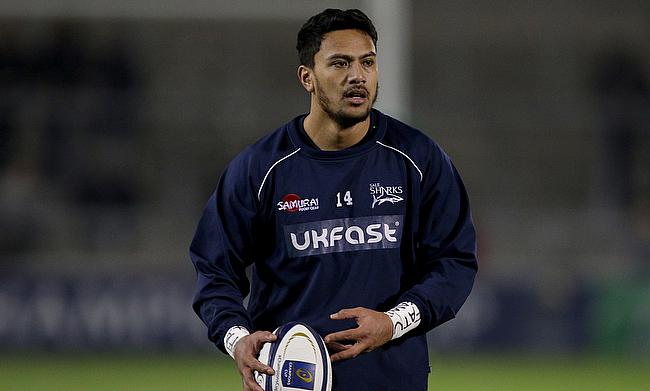 England coach Eddie Jones has named as many as 15 uncapped players in the squad for the upcoming tour of Argentina in June.

Northampton Saints hooker Dylan Hartley will continue to lead the red rose team after he was left out of the British and Irish Lions tour of New Zealand and will be joined by other senior players in Chris Robshaw, James Haskell and Mike Brown.

Also included in the squad for the firs time are rugby league convert Denny Solomona, who has been impressive for Sale Sharks scoring 10 tries from 13 games and 20-year-old Sam Underhill, who is set to join Bath from Ospreys ahead of the 2017-18 season.

"The squad have a great opportunity to represent their country and win for England," Jones said.

"There are a few new faces in the set-up so every training session and team meeting will count.

"Dylan Hartley will lead the side again having captained excellently during the Six Nations and will be supported by vice-captains Mike Brown, Danny Care and George Ford."

Piers Francis, who will switch to Northampton from Blues next season, Sale Sharks twins Ben and Tom Curry, London Irish wing Joe Cokanasiga and Northampton's Harry Mallinder have also earned a call-up to the squad.

"We have picked the best squad we have available and we are looking forward to going to Argentina and winning 2-0," Jones said.

"The Pumas are a physically aggressive side and they have become very good at playing unstructured rugby; we need to make sure we control the structural part of the game and our defence will play an absolutely crucial role.

Jones insists Solomona has "x-factor" and challenged the Sale wing to nail down a regular Test place - starting with the series opener against Argentina on June 10.

"There's something about him, he finds the line and you like wingers who find the line. He has that ability when he gets the ball to score a try," Jones said.

"I watched him play against Gloucester at the weekend. He's still got a lot of work to do on his game in terms of position, but they are areas that I think we can work on.

"I think he's got that x-factor, whatever you want to call it. He finds the line. He's got a Test coming up on June 10 and he can be a regular after that."

The two matches will be played on 10th and 17th June at Estadio Brigadier General Estanislao and Estadio San Juan del Bicentenario respectively.