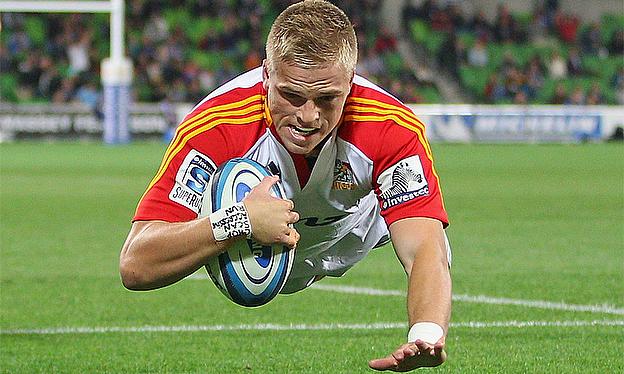 New Zealand-born Gareth Anscombe looks set to be named in the Wales squad for this season's RBS 6 Nations Championship.

The Cardiff Blues fly-half could be among three uncapped players announced by Wales head coach Warren Gatland on Tuesday.

With Ken Owens and Emyr Phillips both currently out injured, Gatland's choice of a back-up hooker to Richard Hibbard and Scott Baldwin looks likely to be between 20-year-old Newport Gwent Dragons forward Elliot Dee and the Ospreys' Sam Parry.

Anscombe's selection, though, will command most attention.

The 23-year-old, whose mother was born in Wales, has made just nine appearances for the Blues since joining them from Hamilton-based New Zealand Super Rugby side the Chiefs earlier this season.

The former New Zealand World Junior Championship winner offers options at fly-half and full-back for Gatland, although it remains to be seen whether he makes Wales' match-day 23 for their Six Nations opener against England in Cardiff on February 6.

Elsewhere in the squad, there could be a recall for 33-year-old Blues prop Adam Jones, who did not feature during Wales' autumn Tests this season.

Jones, who has won 95 caps and played in five Tests for the British and Irish Lions, is expected to join Samson Lee and Aaron Jarvis as Gatland's tighthead prop options, with Scarlets forward Rhodri Jones sidelined due to a shoulder injury.

Hook was initially overlooked for the autumn campaign two months ago, but then summoned as injury cover, and he appeared as a replacement in the 34-16 defeat against world champions New Zealand. Anscombe's emergence, though, will not have helped his cause.