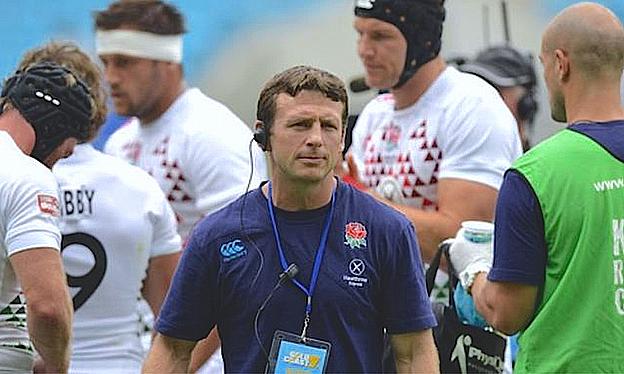 The appointments were announced following a series of interviews in front of a panel that included Great Britain sevens performance manager Joe Lydon, 2003 England World Cup winner Josh Lewsey, who is now the Welsh Rugby Union's head of rugby, and the Scottish Rugby Union's Stephen Gemmell.

Amor, 36, said: "I am incredibly honoured and privileged to be appointed as head coach of the GB sevens team.

"It will be a massive challenge, but a huge opportunity. However, with a lot of effort, common-sense and working together across the unions we can get a team ready that can be very successful next year in Rio.

"It is great to have Gareth alongside me. He has seven years' experience behind him on the world series, and he was assistant coach for Wales when they won the World Cup Sevens."

Preparations as a wider squad will begin next June through a series of training camps, with a final 12-strong group selected in July 2016 for the Games.

Players eligible for selection should have played sevens 14 months prior to the Rio Games on either the World Rugby sevens series, Rugby Europe international sevens or in an invitational preparation tournament.

Lydon said: "There is no doubt we have some challenges ahead of us, but these are exceeded by the unique opportunities as we look to assemble squads from across the three unions.

"Our focus turns to identifying and selecting the best possible blend of GB-qualified players.

"The coaches will be looking to players already in their national sevens set-up, as well as those in the 15s game who have gained international sevens experience."