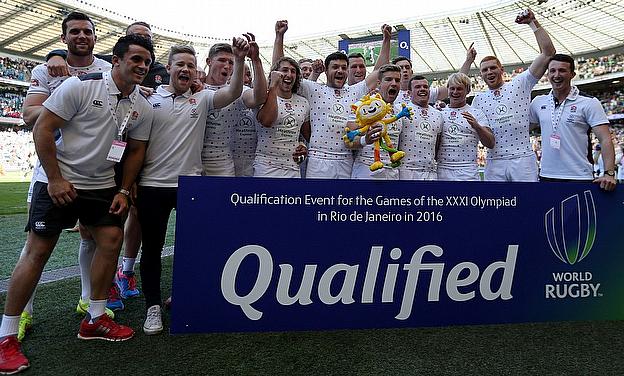 Joe Lydon will oversee the task of appointing coaches to run Great Britain's Rugby Sevens men's and women's squads at the Rio Olympics.

The former England Sevens coach and England backs coach has been handed the role of performance manager for the newly-created GB Sevens set-up.

The current head of international player development at the Rugby Football Union (RFU), Lydon is a former Wigan and Great Britain star.

Stars of the 15-man code like Wales and British and Irish Lions wing George North could still take part at Rio, but will have to commit to top-level sevens action in the build-up to the tournament.

"To have sevens at the Olympic Games is massive for the sport and we want to make sure we give GB Rugby Sevens the best chance to succeed next year in Rio," said Lydon.

"The first step was to qualify this year and we are delighted that the England men and women have done that through the first route of the qualification process. It is a real testament to the hard work and attitude shown by all the players, coaches and management."

A wider squad will begin the Rio build-up from June 2016, with a final squad of 12 players selected in July ahead of the August Olympics.

"The next step is to get the GB Rugby Sevens programme operational, particularly focussing around the appointment of the coaching teams and the recruitment of players, as we look ahead to the start of next season," said Lydon.

"We need to strike a balance between a core group of sevens players whose experience will be vital going into an Olympic campaign and the ability to transition players from the XVs game to enable time to adjust to the unique demands of the sevens game."

Ian Ritchie, the RFU chief executive, the SRU's Robert Howat and WRU chairman Gareth Davies have all taken seats on the GB Sevens board.

The RFU's Rob Andrew and Lydon, Toni Blackhurst and Stephen Gemmell from the SRU and Julie Paterson and Josh Lewsey from the WRU have been appointed as executive committee members.

Players eligible for selection must hold a British passport and must play top-level international sevens in the 14 months from now leading up to Rio.

Interested players must express their interest through home unions, while the coaches for both men's and women's squads are expected to be drawn from nominations from the home unions.