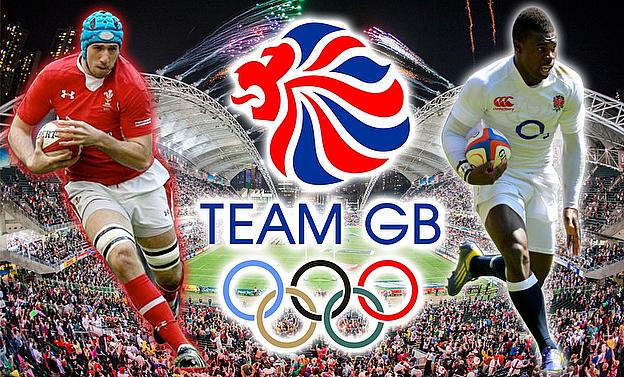 Who will be looking to get their hands on an Olympic medal?
©TRU

Which stars of fifteens would you like to see playing Rugby Sevens in Rio?
Bath seal swoop for sevens star
South Africa Sevens: Seven of the Best
Rotorua & Hamilton Win Condor Sevens Titles

The New Zealand Rugby Union have been extremely active in their attempts to bolster their already formidable sevens team with some extra firepower ahead of the sport’s debut at the Rio Olympics in 2016.

Offers to Aaron Cruden and Kieran Read may have recently been rebuffed, but it shows that the NZRU is eager to get some of their 15-a-side stars involved in the shorter format of the game.

Missing a significant number of games in the Super Rugby season has been cited as a reason for the rejections, not to mention the risk of a self-imposed year-long exile from test rugby.

Great Britain is yet to qualify for the Olympics, with their hopes lying on the shoulders of the England sevens team. England currently lie fourth in the HSBC Sevens World Series standings and as stands, would qualify for the Olympics. Australia are hot on England’s heels however and qualification is anything but certain at this point.

The drawback of missing club rugby will be even more significant on the lucrative playing fields of the northern hemisphere, but we have come up with a shortlist of players that the GB team could target should they make it to Rio next year.

The elusive winger could be a huge hit on the sevens pitch, with the acceleration and footwork to leave even the most experienced players in his wake. Wade has developed a penchant for turning the slightest gap in congested fields into big gains, so it’s logical to assume he could have an even greater impact in the open plains of sevens. That said, depending on England’s wing situation coming out of the Rugby World Cup, Wade could have an opportunity to win a starting wing berth in the England team and that may hold more long-term appeal.

Hogg brings a lot of the same skills to the table that Wade does, but unlike the English winger, Hogg is one of the first names on his respective international team sheet. Missing a number of Glasgow games and a handful of Scotland tests in the 2015/16 season is unlikely to hinder his long-term future with the Scottish national team. The full-back jersey would have to be kept warm during his brief sabbatical, but you would expect he would be able to reclaim it without too much difficulty in 2016/17.

A dynamic openside, Tipuric theoretically translates very well as a sevens player. His breakdown skills would be highly valued, whilst he has the prerequisite abilities of being able to offload and tackle efficiently in open field. He continues to impress for the Ospreys and Wales (off the bench), but a shot at gold in Rio might be preferable to sitting behind Sam Warburton in the pecking order in a post-RWC year.

Similar to Wade, Burgess may be keener to lock down a spot in the England team, especially following his highly-promising transition to the back row, but the qualities he would bring to sevens would be special. His background in rugby league has gifted him with many of the skills highly-coveted in the sevens arena, such as offloading, an eye for a gap and high stamina/work rate.

Having fallen behind Liam Williams in Wales’ pecking order, a year focusing on sevens could be just what Cuthbert needs to return the impetuous to his promising career. Whilst speed rules in sevens, there is also a significant need for size and Cuthbert brings both to the mix. He is an instinctive finisher and potential gains he makes to other areas of his game during the time he would spend in sevens would put him in a good position to reclaim his Wales jersey long-term.

Still one of the most potent finishers in the game, let alone English rugby, Varndell has plenty of experience on the sevens circuit and would have the simplest transition of all the players mentioned thus far. He will be representing Bristol next season, who may or may not be in the Premiership, but if they fail to gain promotion this year, a chance to win a gold medal would be a very tempting carrot to dangle in front of Varndell.