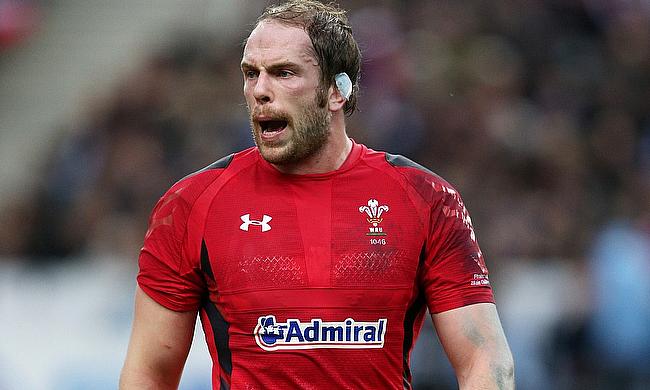 Match Centre: Wales Women 0-45 Ireland Women
Picture perfect: Blast from the past can set Wales on road to a bright future
TRU Talks: Hadleigh Parkes on Wales and life in Japan

The 35-year-old is the most-capped player in international rugby with 148 Tests for Wales and another nine for the British and Irish Lions since his debut in 2006. He has enjoyed five Six Nations win with Wales including three Grand Slam and was part of the 2007, 2011, 2015 and 2019 World Cup campaigns.

He represented British and Irish Lions in the 2009, 2013 and 2017 tours and is among the top contenders to lead them in the upcoming tour of South Africa in 2021.

“Earlier this year, I extended my contract with the Welsh Rugby Union and the Ospreys. I am really pleased to have done so and to continue my career with my region," he wrote on his official Instagram account.

“In these very different times off the field and with rugby the focus on the field, I didn’t feel the time was right to announce when I put pen to paper, but I am very pleased to extend my current contract for another year.

“I’m grateful that I get to continue to do what I love to do and to continue playing for the Os.

“I would like to thank everyone who has supported me during my career to date, and particularly through these difficult times.”

“I am delighted that Alun’s contract extension has been announced in what is huge news for the game in Wales.

“Alun will go down as one of the greatest players of all-time, but he is still at the top of the game, performing and winning, and he deserves the contract extension. He is an important part of our future.

“It is not just what he does on the field, it is what he does every minute of every training session. He leads both on and off the field in everything that he does.

“He has huge pride in the jersey and playing for his country, and that is evident in his preparation, his effort and commitment.”