Ally Hogg to quit professional rugby at end of season 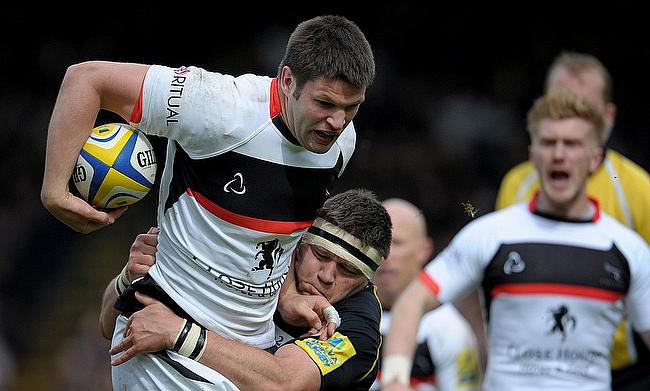 Scotland international Ally Hogg has announced that he will retire from professional rugby at the end of the ongoing season.

Hogg made his professional rugby debut in 2002 and has racked up over 100 appearances for the Scottish regional side. He went on to captain them in 2007 before deciding to switch to Newcastle Falcons in 2010.

"I’m 35 now which is a decent age for a back-rower, and there have been many highs and lows along the way. Getting to do your hobby for a job is something you can’t put a price on, and I’ve had a fantastic time. I’m pleased with how things have gone but I feel it’s time now to try something different."

Hogg decided to remain with Newcastle Falcons despite their relegation in 2012 and he was instrumental in the club recording their first away win at Leicester in 20 years last week with a try in the final minute.

"I had a great time up in Edinburgh but I always wanted to try the English Premiership, and it has been everything I thought it would be.

"Things didn’t go so well at the start with Newcastle but it’s culminating with a place in the Premiership semi-finals, and the progression we’ve seen across all the competitions this season makes it the obvious time to bow out on a high. Now it’s on to the next chapter.

"It was a bit of a dogfight when I first came down to Newcastle, to put it politely, and we had some tough years down near the bottom of the table.

"That chapter ended with relegation to the Championship in 2012, but with Dean Richards and Semore Kurdi coming into the club we had a real stabilising influence and a chance to build the club and the team that everyone sees now. It didn’t happen overnight, it has taken a lot of hard work and the professionalism of the whole group has been the driving force.

"There have been quite a few of us who have been here right the way through that transition, which is nice, and a number of those boys will be staying on to help take us up to the next level."

With 14 wins from 21 games in the ongoing season of Aviva Premiership, Newcastle Falcons managed to reach the play-off for the first time and will take on Wasps in the final round at Kingston Park on 5th May.