Manu Tuilagi named in Leicester line-up for clash against Newcastle 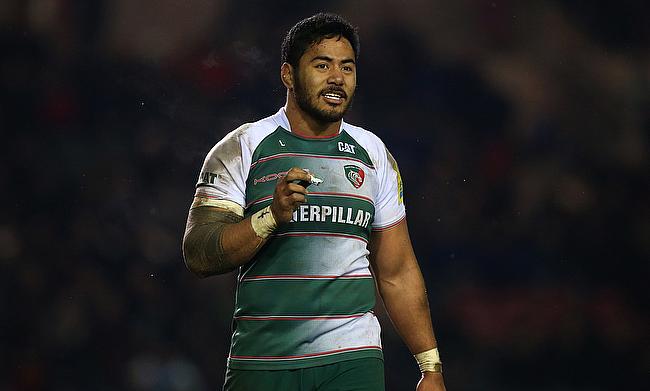 Can Manu Tuilagi come out successful on Friday?
©PA

England international Manu Tuilagi is set to return from injury as he is named in the starting line-up in Leicester Tigers' must win Aviva Premiership encounter against Newcastle Falcons scheduled at Welford Road on Friday.

The 26-year-old has been out of action since the last week of March when he sustained a chest injury during the game against Wasps that also raised doubts of his availability for England's upcoming tour of South Africa.

Leicester Tigers skipper Tom Youngs urged the team to give their best effort in a do-or-die game for the side.

“This is a huge game, our biggest of the season,” said Youngs. “If we lose we are out, dead and buried. We’ve worked too hard this season to let it slip.

“The pressure is on but that’s what this club is about. When you come here you accept that challenge.

“If I’m honest I’m sick of talking about top-four.

"I’d rather talk about winning the Premiership. We make top-four then put our feet up do we? Of course not. It’s about four games to go and hammering into it as hard as we can.

"We want to be in with a chance of winning silverware because, in all the time I’ve been here, that’s been the driving force, massively.

“Is it pressure, I suppose it is. But it’s ingrained in us."

A win on Friday will give the Tuilagi another possible four games to prove his fitness to England boss Eddie Jones while a defeat will hand him a solitary game against Sale Sharks on 5th May.