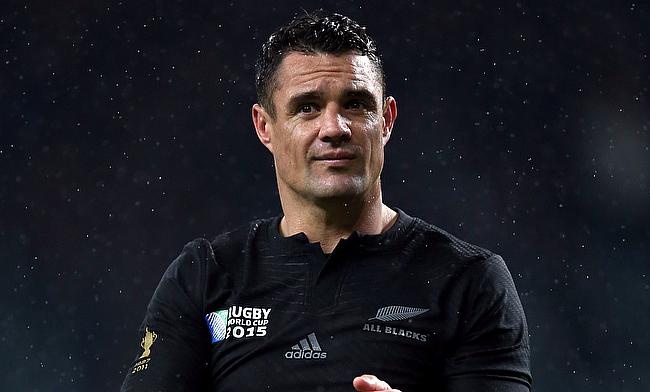 All Blacks great Dan Carter is set to make a return to Super Rugby for the first time since 2015 after he was signed by Auckland Blues for the upcoming Super Rugby Aotearoa competition.

The 38-year-old previously played for Crusaders between 2003 and 2015 and won three Super Rugby titles with the club. He was also one of 20 players to have won the World Cup twice when the All Blacks clinched the titles in the 2011 and 2015 editions.

With 1598 points in 112 Tests, Carter is also the highest point-scorer in the history of the game and also enjoyed nine Tri-Nations and Rugby Championships.

“Two things from the lockdown that I realised was that I really enjoyed spending more time with my family and that I miss rugby,” Carter said.

“Leon is a good mate and we spoke about me helping out. For me it is a chance to mentor some young players and give back to New Zealand rugby.

“I have not played for several months so it will be a number of weeks before I am ready to be considered to play. And then only if my form warrants it.

“It’s an exciting opportunity to train in the same city that my kids go to school and my family are currently living. It will also be nice to share my experience with some of the young talent they have here at the Blues".

Following his association with Crusaders, he went on to make his debut for French side Racing 92 post his international retirement with the 2015 World Cup and joined Kobelco Steelers in 2018 but with the Top League competition suspended following the pandemic coronavirus, he has decided to be part of the Auckland based club.

“We have two designated 10s in Beauden and Otere, and Dan will be there to help them and our other young bucks. If he gets back into playing form that warrants selection, then he could help us as a utility back in the midfield or fullback," said Blues head coach Leon MacDonald.

“For Dan it is not about the money. He is here as a favour, with a desire to give back to the sport. We are only a few minutes from his home so it works out perfectly for everyone and we are thrilled.”