After a statement win, can Andy Farrell lead Ireland to bigger things? 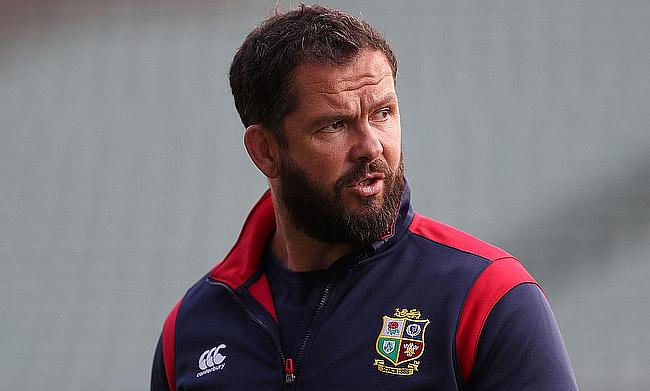 Last weekend, we saw Ireland beat New Zealand in probably the most convincing fashion when comparing their three wins over the Kiwis.

Whilst they only won by nine points on this occasion, it did feel like complete domination by Ireland. A stat that in some way shows this is that New Zealand didn’t even have possession for over two minutes in Ireland’s 22. In contrast, Andy Farrell’s men had just over eight minutes of possession in the 22 and had over triple the amount of time in their opposition’s half than their opponents did.

If Ireland had converted more chances, especially at the end of the first half, they could have won by at least 20 points.

It was a statement win and the high point of Farrell’s tenure as head coach. He called it “a fantastic day for Irish Rugby” and said he had wanted his team to “stick to the process and trust what they are trying to achieve”, which they did, playing great attacking, running rugby throughout.

Even after half time, when they missed opportunities at the end of the first period, they continued to kick corners and attack the All Blacks. We have seen this Irish side recently look to play a more running style of rugby instead of the box kicking and territory focused game they used to use.

??? "We saw patches where it all clicked, and hopefully we can bring forward that consistency again."

After Saturday's win over the All Blacks, Ireland's attention turns to a final #AutumnNationsSeries clash against Argentina ??#TeamOfUs | #IrishRugby pic.twitter.com/3mn1p4vmxh

A real indicator of this is the emergence of scrum-half Jamison Gibson-Park and he seems to have established himself as the number one choice nine over Test veteran Conor Murray. With him giving his side quick ball at the ruck, it enables Ireland to play at a pace they want. He could prove to be a key player for Farrell in years to come.

Despite the huge win, it was reiterated post-match by the Ireland captain Jonny Sexton that whilst it is a statement from his team, they must build on the victory: “This is the start of a two-year journey,” referring to the next World Cup. “We need to continue to improve. If this is our peak, it is no good to anybody”.

This will really excite Irish fans as it has been a theme for Ireland to ‘peak’ before a World Cup. The obvious example is when they beat New Zealand in 2018, ending the year as number one in the world rankings, then failing to kick on in the next Six Nations before being dumped out of the World Cup by the All Blacks themselves. This idea of looking ahead and trying to build shows that they have learnt from previous mistakes.

Farrell said he wants his side to be consistent and focus on Argentina this weekend, but as fans, we are thinking they must be the Six Nations favourites now whilst also having one eye on their fascinating three-Test tour to New Zealand next July.

An indicator of where Ireland are compared to other northern hemisphere rivals can become more apparent on Saturday, with France playing New Zealand and England taking on world champions South Africa. The Six Nations will undoubtedly be something Farrell’s side are targeting to win after not lifting the trophy since 2018.

The head coach and captain will need to lead their side over the next year, keeping this momentum so they can create history by reaching a World Cup semi-final for the first time. They will need to keep the attitude of not settling for one-off victories if they want to achieve their ultimate goal of winning the World Cup in 2023.