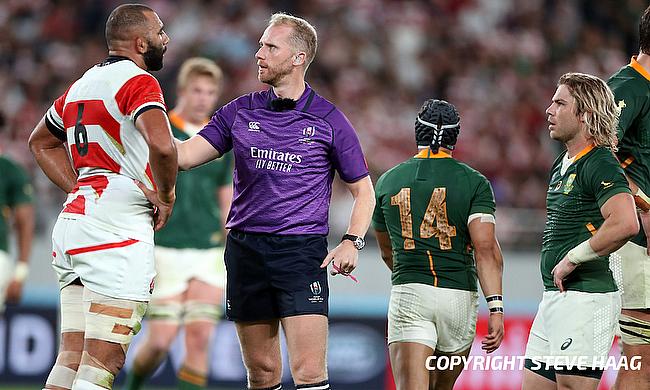 We know you’re not the most forward-thinking sports body in the world, but nevertheless you are in charge of the best sport on the planet.

It has been fascinating watching South Africa and England bridge the gap, and surpass the All Blacks in Japan in last year, however this seems to have resulted in World Rugby considering numerous rule changes to the game. Referring

In the World Cup, both England and South Africa adopted umbrella defenses that pushed the boundaries of offside lines, and snuffed most attacking plays before they could begin. Both teams rush from the outside, forcing the attacking team narrow. This was executed best with England’s complete shut out of the All Blacks in Yokohama (19-7).

Similarly, the Springbok defensive system is a highly intelligent structure that forces teams narrow, creates a 50/50 pass or cross-kick. Outside backs rush from the wider channels inwards, forcing playmakers to make unusual decisions under pressure.

Teams have spoken about closing the gulf between themselves and the All Blacks for years, and as this finally happens – the rules change and the bar is shifted.

But, why the change? I’d suggest it’s because New Zealand aren’t the best anymore, and that there isn’t enough space for them to score tries.

As I turned on to watch ‘The Breakdown’ show in New Zealand - another of the All Black propaganda machines - I became bemused as they lead with the caption, “Rush Defense is Hurting the Game”. The arm then started to discuss offsides, and the impact that it was having on the game.  In fairness, ‘The Breakdown’ show did use the Blues vs Hurricanes fixture to demonstrate, and perhaps acknowledging their role in the eradication of space in Rugby Union. New Zealand derbies are typically anarchical fixtures, with slipshod officiating of offsides and ruck areas.

I’m aware that as a general rule, World Rugby doesn’t care what the fans think, but here are a few ideas anyway:

It sounds obvious because it is – these are laws that will improve the speed of the game and ensure that there is enough space, but they’re not being officiated accurately.

Players taking up space at the breakdown

Players who make a tackle cannot compete at the breakdown unless they get to their feet and re-enter the breakdown through the gate.

If a team gives away three penalties in any phase of play, this should be enough for a Yellow Card.

If World Rugby really cares about having a game that is exciting to watch, as well as being a fair contest, then they ought to referee the laws in their own rulebook.

Unfortunately, at the moment, we have a classic case of the tail (the All Blacks) wagging the dog (World Rugby).