Is This The End Of The Heineken Cup? 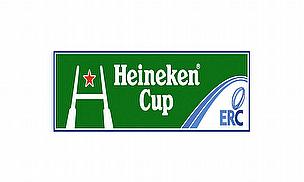 Is this the end of the Heineken Cup?
©Talking Rugby Union

From next season the top French and English sides have said they will move away from the Heineken Cup and create their own Anglo-French competition.

European Rugby Cup directors have met for a meeting today about the future of the famed competition.
The current existing agreement expires next summer, and there has been talk for a while of a number of English and French clubs removing there selves from the tournament.

They have announced their unhappiness over the ways teams qualify for the tournament and how its funds are distributed.

The proposed ‘new’ tournament will correct these, and also comes with an open invitation for teams from other countries to join the competition.

Both the English and French teams have complained that the competitions other four nations have an unfair advantage. Both Scottish sides are guaranteed a place in the competition, the same as the two Italian sides. Similarly, in the Pro12 competition there is no relegation, so players can be rested for Europe.

Premiership rugby made a statement about the proposed new tournament, which would consist of two 20-team competitions in place of the Heineken Cup and Second-tier Amlin Challenge Cup.

It said "discussions have been unsuccessful and the clubs can only conclude that negotiations on any new European agreement have now ended."

Adding: "Given the importance and urgency of the current position, and the reconfirmation that the French clubs will not participate in any competition unless it includes the English clubs, the clubs have now asked Premiership Rugby to take immediate action to put in place a competition for 2014-15 to include the French and English clubs but which will also be open to teams from other countries."

The ERC (European Rugby Cup), which runs both European rugby competitions, responded to Tuesday’s developments with today’s meeting in Dublin.

They provided that "All parties involved in the ongoing consultation process aimed at formulating a new Accord which will provide for the structure and format of European club rugby tournaments for the 2014/15 season and beyond will be represented at a scheduled meeting of the ERC Board in Dublin tomorrow (Wednesday, 11 September 2013)," read a statement.

"While there is a shared sense of frustration among ERC's stakeholders at the lack of progress towards a new Accord, the meeting will provide an opportunity for the parties to review the consultation process to date.

"The current Accord, which was agreed by all stakeholders in 2007, includes a two-year notice period which began on 1 June 2012 to allow for negotiations towards the formulation of a new agreement. The structure and format of both the Heineken Cup and the Amlin Challenge Cup remain in place until the end of the 2013/14 season."