‘I would love to topple a tier one nation’ - Rowntree 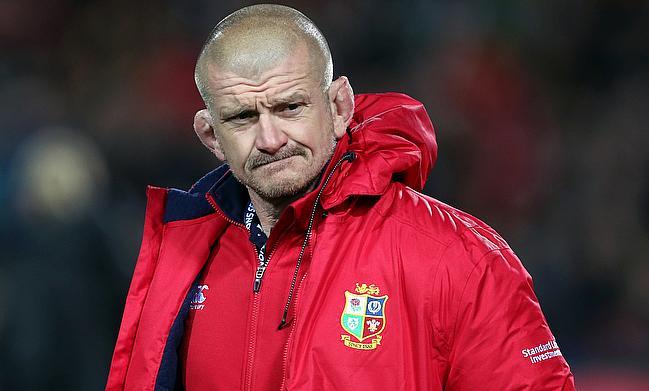 Georgia forwards coach Graham Rowntree insists The Lelos are relishing the challenge of facing Tier One nations, but revealed their Rugby World Cup campaign won’t hinge on those results.

Milton Haig’s side begin their tournament against Wales on Monday and they are also in a pool alongside Australia as well as Fiji and Uruguay.

Four years ago, Georgia produced their best performance at a World Cup which earnt them automatic qualification for Japan and Rowntree is hoping they can repeat their achievements of 2015 where they secured two victories.

To do this, Georgia may well have to target wins against the aforementioned Fiji and Uruguay and whilst Rowntree is happy to admit that could be the case, he was also keen to stress facing the likes of Wales and Australia is something the Lelos should not shy away from.

“This will be my fourth World Cup as a coach and that makes me feel very old!” Rowntree told TRU. “In dog years, I am ancient that is for sure!

“It is another World Cup for me and in Japan, it is great. The infrastructure is ready for us and I have been really impressed by the facilities and I can’t wait to get going.

“We are a Tier Two nation going into the World Cup and we are quietly going under the radar with no pressure on us. South Africa v Japan was the template in the last World Cup and I’d love to be able to topple one of the big teams.

"I am certainly a person who takes every game as it comes especially when you are playing the Grand Slam champions first up so that game alone is taking all of our interest at the moment.

“However, understanding that to advance and qualify for a World Cup again, we have got to win against Uruguay and Fiji, but that will take care of itself after the Wales game on Monday.”

The news which broke on Tuesday will undoubtedly have rocked the Wales camp and the scrutiny will very much be on Gatland's side in Toyota City.

For Georgia, they are just concentrating on themselves and with a fast-paced game expected, the Lelos will be keen to show their defensive qualities and immense strength.

Former England international Joe Worsley is in charge of the Georgia defence and Rowntree was quick to praise his impact as they aim to make life difficult for Wales.

He added: “It [defence] is one of the cornerstones of the game, especially these days! Teams challenge you and you have to make sure you are ready to challenge teams who attack so you have to be organised in defence.

“Joe has brought in a new voice to how we were doing things and a level of diligence and detail which is really impressive. You have got to be able to defend and certainly what he has put in place has made us stronger.

Ken Owens has praised Georgia coach Graham Rowntree as "one of the best" in the business ahead of their clash on Monday night. #WALvGEO #RWC2019 https://t.co/bJqW4Z4w7X pic.twitter.com/81bqWvtEsG

“We have spent all summer trying to get the players ready for a quicker game because at the World Cup, it will be quicker and their will be high ball in-play time. Monday night will be our first taste of that, but strength has never really been an issue for us so it has been about working on how to use that strength and how we can become accustomed to a quicker game.”

Rowntree is excited to get things underway and this will be a new experience for the former England and British & Irish Lions coach.

The 48-year-old left his post with Harlequins last summer to link up with Georgia and after this World Cup, Rowntree will be joining Munster.

However, in his short spell with the Lelos, he has been impressed by the vision of Georgian rugby under the guidance of Haig.

Georgia are also backed by former prime minister and billionaire Bidzina Ivanishvili as the nation continue to showcase the sport, but Rowntree feels the key to progression is facing more Tier One countries on a regular basis.

The Lelos have beaten every team they have faced this year, other than Scotland, and if Georgia also harbour ambitions of breaking into the Six Nations, competing against Tier One sides consistently has to occur.

“I think one thing Milton has done in his seven years of being with Georgia is he has put a great programme in place,” Rowntree said.

“I can’t say enough about what Milton has put in place. He has two teenage girls who now speak fluent Georgian and he flung himself into the Georgia lifestyle and they have taken to him.

“One thing I was taken aback by was the quality of his performance programme and he will leave a legacy there and Georgia are in a good place whether or not they get access to the Six Nations in the near future.