“He sets high standards and drives them home”: Ferris on O’Connell’s attention to detail 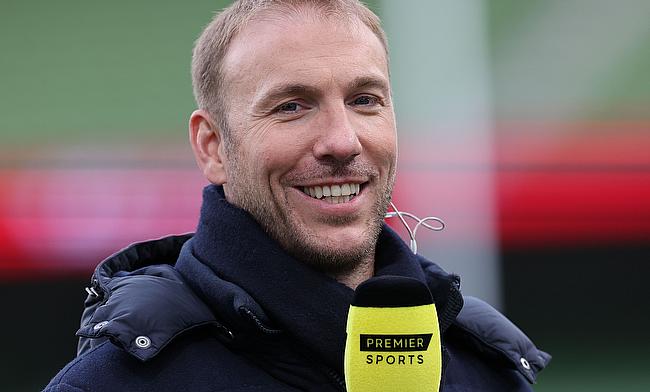 Dragons shift home games to Principality Stadium
Jérôme Riondet Exclusive: England and France are perfect enemies
“Dave is tough and has a great attitude”: Cherry puts in hard yards to get to the top
Scotland recall Sam Skinner to Six Nations squad ahead of Ireland game

Three matches have come and gone in this year’s Six Nations for Ireland and while the team has not hit anywhere near the heights they will be looking for, there has been a gradual improvement in the way the pack has played.

After losses to Wales and France in rounds one and two, round three saw Andy Farrell’s men put Italy to the sword 48-10 in Rome.

It was not perfect, but it gave them something to build on and with second-rows Iain Henderson and James Ryan carrying ball five and seven times respectively and back-rows Tadhg Beirne, Will Connors and CJ Stander trucking it up 26 times between them you could see new forwards coach Paul O’Connell’s influence on things coming through.

And according to O’Connell’s former Ireland team mate Stephen Ferris, the 35-year-old who now works as a leading pundit with TV broadcaster Premier Sports, the forwards coach will have been working hard with those five guys and the rest of the pack members in the last couple of weeks to prepare for what could be a battle up front with Scotland in round four on Sunday.

“Paul will work, work and work the guys until everyone is one the same page and they are playing the way that he and head coach Andy Farrell wants them to,” Ferris, who won 35 caps for his country in the back-row between 2006 and 2012, told TRU ahead of the BT Murrayfield encounter.

“The instructions and messages that Paul will be giving to the Ireland players will be simple, they have to take on board what he says right from the first moment and build from there because attention to detail is everything to him.

“Some of the young boys in the squad might be intimidated by him, but the thing about him though - and he was like this when he was Ireland captain and we were playing under him - is that if you don’t understand what he is wanting you to do then the best thing to do is to tell him straight away, he’d rather folk did that.

??? "They’re an aggressive and pretty abrasive pack, so it’s a big one for us."

With Scotland in the headlights, @WillSherrington got the latest from the @IrishRugby camp and star lock @JamesRyan126, read what he said below??

“For example, if I got confused with a couple of lineout calls in my playing days, I would take it up with him right away and he would stop things at training and re-explain it to everyone so that we were on the same page.

"He would rather guys spoke up and got clarity rather than kept making the same errors over and over again.

“There is one thing for certain with Paul, he sets high standards and drives them home, he wouldn’t accept guys being below those standards when we played and I am sure he is the same now as a coach with the current players.

“Paul said earlier this week that the current Scotland team is the best he has ever come up against as a player or as a coach. That is quite some praise for Gregor Townsend and his men, but Paul will have watched lots of hours of video on Scotland and will have his forwards ready for what is to come.

“He is a top, top fella, a really good guy. Everyone on the outside sees him as an intense figure and there is no doubt that when a game kicks-off he can be, but he loves the banter with the guys too and I am sure he and the Irish forwards will have a great rapport already.”

Watson v Connors: “It could be a cracking battle”

It is certain to be some battle up front whoever starts the game in Edinburgh and Ferris is looking forward to seeing Hamish Watson and Will Connors going toe-to-toe if they are both named in the number seven jerseys for the respective sides.

Edinburgh Rugby’s 29-year-old Watson is the more experienced of the two opensides, but Leinster’s Connors, 24, has impressed many onlookers in his eight Tests to date over the last six months.

?? "The players have been really impressive, the way they take ownership and they run the operation." ???

“Hamish Watson has a low centre of gravity and he is shorter guy height wise compared to other back-rows, but he is gargantuan out there on the pitch for Scotland,” Ferris states.

“He make colossal carries and barrels into people. When I played as a back-row I tried to affect things by producing small moments which could lift the team and switch momentum.

“Watson is very good at that, whether it is bouncing off a couple of tackles and making some yards or making a turnover, he seems to be involved at the key moments and he sets the tone for this Scotland team.

“I have been impressed with the way Will Connors has come through.

“When I first saw him play professionally he was given the job of chopping down Marcell Coetzee for Leinster against Ulster and he did that brilliantly.

“He seems a very clever rugby player, he reads the game well and is good at offloading out of the tackle. He doesn’t carry an awful lot, but when he does he looks for soft shoulders rather than bulldozing through people like Watson does. He is a shrewd operator and I expect him to play a big part on Sunday if he starts.

“It could be a cracking battle.”

The Scotland and Ireland squads will be named on Friday at noon.

PRO14: I’ll stick my neck out and say that Munster are going to do it”

Looking ahead to the Guinness PRO14 final on March 27 between conference winners Leinster and Munster, Ferris is expecting a cracking game and he will see it first hand as part of Premier Sports team for live coverage of the big event.

When the sides met at Thomond Park in January, Leinster edged it 13-10 and Leo Cullen’s men will start as favourites later this month to make it a fourth title in a row.

However, Johan van Grann’s Munster have a gritty quality and Ferris explains:  “It will be interesting to see if Leo Cullen sticks with the guys who have got the team to the final or if he brings back some of his Irish big guns for it, team selection will be very interesting.

“Munster are probably a bit more settled in terms of selection, but while it is always hard to look past Leinster because their quality has shone through so many times before, Johan van Grann is building something good there.

“No crowd will be in the stadium and I think Munster are due one, so I’ll stick my neck out and say that Munster are going to do it.”

There will be two pools of four before the pool winners play each other in a final set for June 19 and Ferris, who went with the British & Irish Lions to South Africa in 2009, said:  “As a player you always want to play against the best and certainly the South African sides will bring a level of physicality to things and test out the PRO14 clubs.

“It is something new and exciting and it will be interesting to see how it all pans out.”

Stephen Ferris is part of Premier Sports' team of leading pundits for its complete coverage of the Guinness PRO14 - with every single game live throughout the entire season. Find out more at www.premiersports.com

Premier Sports customers can enjoy all the live action from Edinburgh and Glasgow Warriors' games home and away plus the thrills of this season's showcase Final coming soon on Saturday, March 27 between Leinster and Munster.

And the excitement doesn't stop there. Premier Sports rugby coverage will continue in April with the arrival of the new Guinness PRO14 Rainbow Cup as four South African ‘Super’ teams; the Vodacom Bulls, Emirates Lions, Cell C Sharks and DHL Stormers, join the 12 PRO14 clubs in a new 16 club competition running from April 17 until June 19.  Premier Sports will be broadcasting every one of the 57 matches live in this ground-breaking new competition as the best Springbok talent faces some of the British and Irish Lions biggest stars.

Premier Sports is currently broadcasting in the UK and Republic of Ireland with live and exclusive rights to the Premier League, LaLiga, Serie A, Guinness PRO14, Scottish Cup and Betfred Cup, GAA, NHL, NASCAR and also operate BoxNation, a dedicated boxing channel.