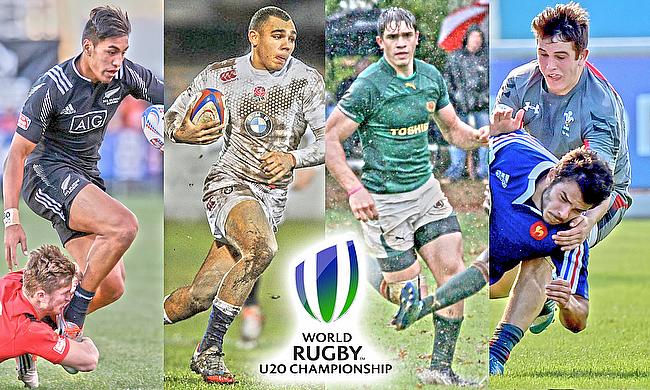 The World Rugby U20 Championship comes to Manchester next year and, unlike the senior competition that has been raging for the past month and a half, the host nation, along with their northern hemisphere colleagues, may have a chance of lifting this one.

The quality of the annual U20 competition has risen with each edition and should help to build on the spread of rugby union in the North-West, especially following the rapturous reception the England senior team received at the Etihad Stadium earlier this month.

Even with England already out of the Rugby World Cup and facing nothing more than a dead rubber against Uruguay, the support for the team in Manchester was phenomenal and vocal, and has now led to calls for further games to be played in the city.

The U20 Championship may not match the RWC for scope or prestige, but the level of rugby on show will be as good as it has ever been and is guaranteed to delight the watching fans. Sale’s AJ Bell Stadium and Manchester City Academy Stadium will be the two venues used and should be packed out by fans eager to get a glimpse of rugby’s future superstars.

We have highlighted a number of players from the pre-tournament favourites to keep your eyes on this season before the competition makes its bow in England in June.

Given that the Junior All Blacks have won the tournament in five of its eight editions, they are, on the surface, a solid shout for early season favourites. If they are to retain their title, Rieko Ioane may be their key man, having already garnered plenty of international sevens experience, as well as representing the Maori All Blacks and Auckland in the ITM Cup, all by the tender age of 18.

His brother, Akira, was the driving force behind New Zealand’s title this year and the worrying thing for any team that comes up against New Zealand is that Rieko is the more highly-touted of the two brothers. Rieko has already been signed up by the Blues, where he will join his Akira, and could feature prominently under new head coach Tana Umaga in the 2016 Super Rugby season.

Honourable mentions – Tighthead Atu Moli added stability this year to a New Zealand scrum which had been struggling in recent competitions and loosehead Ayden Johnstone could be the man to assume that mantle in 2016. Moli won’t be the only loss for the Baby Blacks, with Otere Black also graduating from the side and his jersey could be filled by Wellington’s TJ Va’a. Elsewhere, look for flanker Christian Kelleher to make a big push for selection.

An injury ruled Joe Marchant out of England’s 2015 campaign and the centre’s clinical attacking edge was sorely missed as England came up just short in the final against New Zealand. Marchant’s Quins debut followed a standout campaign in the 2015 U20 Six Nations and the back is set for much more game exposure this season, as he has been dual-registered with London Scottish in the Greene King IPA Championship.

Pace, technical ability, attacking instincts and size, Marchant has all the required tools to lead England’s quest for a third junior world title. If he can impress for Scottish, Marchant could be presented with an opportunity to make himself the knife to Jamie Roberts’ sledgehammer in Quins’ midfield, but regardless of where he is playing this season, be sure to keep an eye on him.

Honourable mentions – Yorkshire Carnegie’s dynamic openside flanker Joshua Bainbridge recently grabbed himself a five try haul in the Championship against Bristol and should feature heavily for Yorkshire moving forward. His club teammate Jack Walker should return for his third U20 Championship next summer and the pair would be key components to England’s pack if selected. The trio of hybrid fly-half/inside centres Harry Mallinder, Max Malins and Theo Brophy-Clews are also worth keeping an eye on, as are fliers George Perkins and Paolo Odogwu.

A former captain and star of the South African Schools side, Jaco Coetzee has continued his rise to prominence over the last few months, leading a highly impressive Western Province U19 side to the semi-finals of the Absa Currie Cup U19. A modern hybrid back rower, Coetzee boasts all the required skill sets to excel in any one of the three back row slots, but currently packs down at eight for Western Province.

It will be a big ask of the young back rower, but do not be surprised to see him follow in the footsteps of Hanro and Wiaan Liebenberg and take on the Junior Boks captaincy, while also making limited appearances in Super Rugby. The Stormers are not short of back row resources but Coetzee is a special talent and could be fast-tracked, especially if the injury bug strikes.

Honourable mentions – Look out for a number of the Absa Currie Cup U19-winning Eastern Province side, but the most notable of that squad may be back rower Junior Pokomela. Western Province’s Tiaan Swanepoel is a points machine at full-back, while the Blue Bulls pairing of Franco Naude and Divan Rossouw would add plenty of try-scoring potential to a back line that will need to take advantage of South Africa’s likely forward dominance over most opposition.

Fresh from his impressive U20 Championship campaign earlier this year, Owen Watkin made his Ospreys debut this season, taking advantage of their absent RWC contingent. The centre has only just turned 19 and could be the driving force behind Wales’ bid to bounce back from a pair of disappointing campaigns in 2014 and 2015.

Watkin is a big, physical slab of meat, but he also possesses a deft pair of hands. If defences treat Watkin solely as a power carrier, he’ll punish them with his distribution and offloads, but if they don’t respect his size and speed in the tackle, he’s a lock to break off big gains. It would not be surprising to see Watkin and Tyler Morgan takeover the Welsh midfield by the 2019 RWC.

Honourable mentions – The Ospreys’ Keelan Giles is a winger with a scary amount of pace and already has an excellent showing at the Cardiff leg of the Premiership 7s under his belt. It may be a year too soon for Giles, but as Wales have shown with Watkins, they’re not afraid to fast-track potential stars. There will be plenty of turnover in Wales’ tight five from this year’s tournament, so returning prop Leon Brown will likely be a key man and could push for game time with Newport Gwent Dragons, especially if their front row resources are stretched at any point this season.