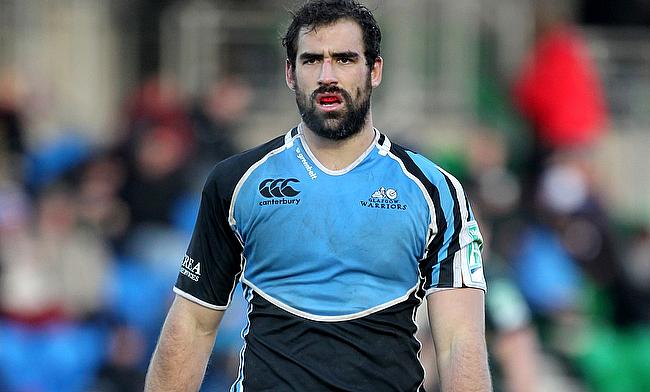 Rugby bosses will know "by the end of the year" whether to alter the three-year residency rule that has handed Scotland the services of Josh Strauss but robbed Fiji of Nathan Hughes.

Every Test nation has been asked to submit their views on a regulation that continues to polarise opinion.

Wasps' Fijian number eight Hughes will qualify for England in June 2016, and rejected the chance to represent the Pacific island nation of his birth at the World Cup.

"We've asked every member union if they stand by and support the three-year residency rule," Gosper told Press Association Sport.

"We need to monitor and protect the integrity and perception of the game as an international game, as differentiated from the club game.

"We've no reason to believe that integrity is eroding, but now we just need to see if the unions are happy with that.

"We're in the process of working our way through those opinions from the unions and we hope to complete that by the end of the year."

Gosper's description of the Test arena "as differentiated from the club game" neatly underscores the fear in some quarters that recruitment of 'project players' by international sides could spiral out of control.

Strauss has every right to represent Scotland at World Cup 2015, as does Hughes to spurn Fiji's advances.

While Scotland's newest recruit could face the country of his birth South Africa in Pool B action, Hughes will watch compatriots Fiji take on England from the Twickenham stands in Friday's tournament opener.

Hughes has kept his counsel on whether he will indeed bid to represent England once eligible, but the barnstorming back-rower would surely be an automatic pick for coach Stuart Lancaster.

"I like that Nathan Hughes," said England forwards coach Graham Rowntree in January, greeting the statement with a wry smile.

Fiji are expected to advise World Rugby of their desire for at least an extension of the qualification period in the residency rule.

Head coach John McKee confirmed as much in May, discussing Hughes' decision to reject Fiji.

"The Fijian union would definitely be supportive of an extension to the residency rule," said McKee in May.

"I don't think it should be scrapped completely, because people migrate for genuine reasons, but it could definitely be looked at."

"I can't get into personal situations," said Gosper when asked for his view on the differing World Cup experiences for Strauss and Hughes.

"We're in the process of reviewing and collating the views of our member unions across the world on that.

"The main thing is that we just need to keep understanding in order to preserve the integrity of the game, that there is a belief that these are bone fide national sides.

"The view is we don't seem to have a perception problem, but we're going to the unions once again to ask the question and get a view on that.

"And we're in the process of collating those views."