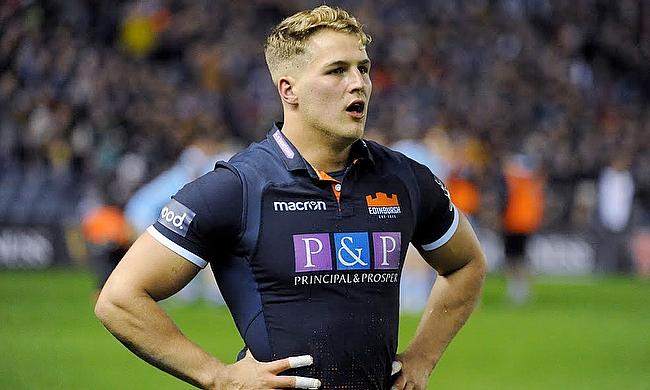 Worcester Warriors have confirmed the signing of Scotland international Duhan van der Merwe ahead of the 2021/22 season.

The 25-year-old started his senior career with Blue Bulls in 2016 before switching to Montpellier. He was signed by Edinburgh ahead of the 2017/18 season and has scored 31 tries from 64 games for the Scottish regional club.

His consistent performances for Edinburgh saw him make his international debut for Scotland this year and has gone on to play five Tests in which he scored three tries.

“I’m very excited to be joining Worcester Warriors. As a club they play an exciting brand of rugby and that is something I cannot wait to be a part of,” said van der Merwe to the official website of the club.

“It is absolutely brilliant news for the club that Duhan has decided to join us here at Sixways,” said Solomons.

“Duhan is an X-factor player, who has now established himself at international level. He is an exceptional talent and, I believe, will have a huge impact on the team.

“He has pace and power and is a world-class finisher. He is a player who puts bums on seats and our fans are certainly in for a treat. He is also a first class bloke and team man and will fit in well here at Sixways. We all look forward to his arrival.”

Worcester Warriors are positioned 11th in the Gallagher Premiership table with two wins from five games.