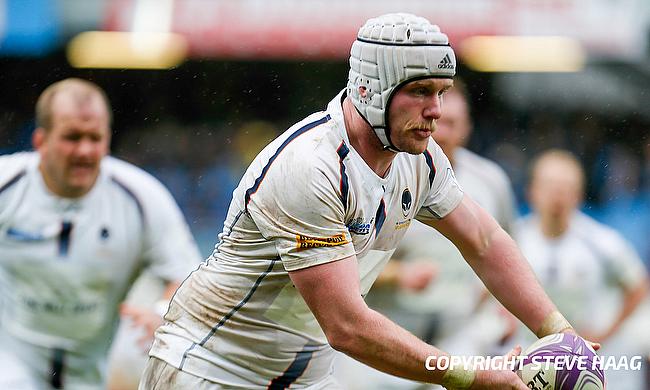 Niall Annett has been with Worcester Warriors since 2014
©Steve Haag

Worcester Warriors have confirmed that hooker Niall Annett has penned a new two-year contract extension with the Pro14 club.

Former Ireland U20 captain Annett made his debut with Warriors ahead of the 2014/15 season and has featured in 46 Premiership games since then. Even though he missed the 2017/18 season with injury, the 28-year-old returned back in the 2018/19 season to help the Sixways outfit gain promotion to the top tier.

“I’m delighted to have it wrapped up earlier than last season and to commit my future to the club which I am very fond of and passionate about having been here for six years,” Annett told the official website of the club.

“The progress we are making is evident in the games we have played each year. We are becoming more consistent and that progress is ongoing.

“I am playing the rugby I knew I could and I am delighted that I have been able to go out there and show that I am not a bad rugby player.”

The 6ft hooker also played for Ulster prior to his stint with the Warriors and was also called up to the Barbarians squad to play against Leicester Tigers in 2014.

“Niall has been an integral part of the club for some time and I am really pleased that he has decided to continue with us here at Sixways,” said Worcester Director of Rugby Alan Solomons.

“Niall is an experienced hooker with an excellent set-piece game. He is also a skilled, intelligent footballer with a high work-rate.

“Over and above this he has good leadership qualities and is a great team man. He has been in a rich vein of form lately and has led the side well.

“He will add huge value as we look to take the club forward and I am pleased to be able to continue working with him.”