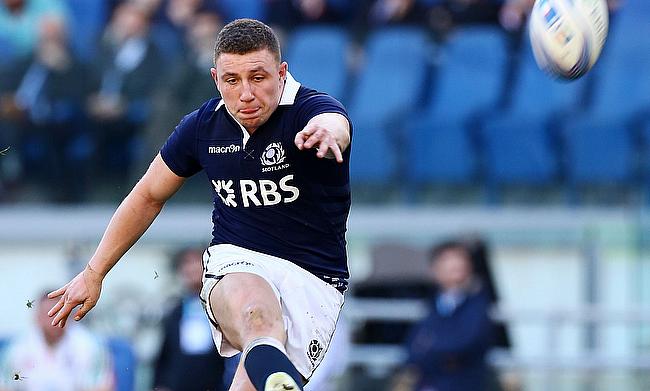 Duncan Weir was part of winning Worcester side
©PA

Worcester Warriors registered their first win of the year as they defeated Harlequins 29-14 in the latest Gallagher Premiership encounter at Sixways.

This is Worcester's fifth win from 16 games as they are at 10th place in the table while Harlequins hopes of a play-off has been dealt a major blow as they are at seventh place with 32 points.

Harlequins entered the game after Mike Brown, Joe Marler and Chris Robshaw were rested while Worcester made 10 changes from the game that they lost against Wasps.

Duncan Weir missed an early penalty for the hosts but they recovered after Cornell Du Preez dived over the line at the back of a line out in the fifth minute and this time the fly-half kicked the conversion to provide them a seven point lead.

The Warriors increased their lead to 12 points when Ollie Lawrence touched down in the 12th minute and around the half-hour mark they had their third try this time Niall Annett going over the line as the scoreline became 19-0.

As Quins were struggling with their defence, Worcester claimed the bonus point before the break through Francois Hougaard's try as they scored 26 unanswered points in the opening half.

Weir with a penalty goal early in the second half increased Worcester's lead to 29 points before the Quins eventually opened their account in the 61st minute when Chris Ashton crossed the whitewash for the 87th time in the Premiership.

Even though Elia Elia scored Harlequins' second try in the 73rd minute the damage was already done in the opening half as Harlequins slipped to 15-point defeat despite Worcester losing Callum Black to yellow-card with four minutes left in the game.