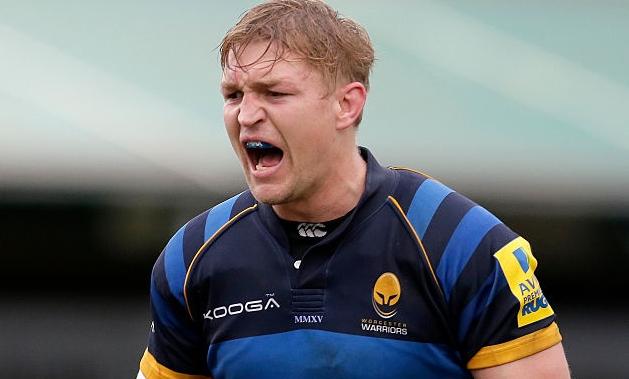 Newcastle had a chance to win it when they scored a try through Rob Vickers with seven minutes left, leaving Craig Willis with a conversion attempt to earn a 16-15 victory.

But the fly-half pushed his kick well wide and Worcester held on for a vital win which leapfrogs them above Newcastle to 10th in the Premiership.

Newcastle had little to show for an opening 15 minutes of almost constant pressure highlighted by a couple of aggressive runs by Alex Tait and Taione Vea.

It was from a Vea charge that Worcester's Cooper Vuna strayed offside and Andy Goode kicked the 15th-minute penalty to break the deadlock.

Worcester went close when Vuna chased a little stab through from Chris Pennell but Nili Latu just did enough to thwart the winger as the ball ran dead.

Goode was off target with a 22nd-minute penalty after Chris Ryan's high tackle on Simon Hammersley but he was successful with 10 minutes left to half-time - just, as his kick ricocheted off both posts and over the bar after Val Rapava Ruskin was penalised for not rolling away.

But Worcester finished the half better. Latu stepped offside in the 35th minute and Tom Heathcote missed a gilt-edged chance but right on half-time, Micky Young was caught hanging on and the Warriors put it in the corner and then drove flanker Dewald Potgieter over for the try. Heathcote converted for a 7-6 interval lead.

It looked as if Worcester had done it again five minutes into the second half, with a penalty to the corner and a quick-fire series of drives which saw scrum-half Francois Hougaard go close. But he was ruled to have come up just short and Heathcote instead extended the Warriors' lead with a penalty.

Another Goode penalty in the 53rd minute cut the deficit to 10-9 but the Falcons were struggling to hold the Warriors forwards and it told in the 62nd when the Falcons simply could not get out of their own 22.

The ball was moved wide for winger Bryce Heem to break the tackle of opposite number Marcus Watson for a try in the corner to make it 15-9, Heathcote's conversion attempt hitting the post.

Newcastle launched a late blitz, three times going to the corner with kickable penalties with 10 minutes left. Worcester skipper GJ van Velze was sin-binned and from the third catch and drive, prop Vickers was driven over and the try was awarded after a long TMO ruling.

With the score at 15-14, Willis lined up the conversion but he was well off target and as Watson also finished the match in the bin, Worcester went home with a one-point win.