Worcester back in the Premiership 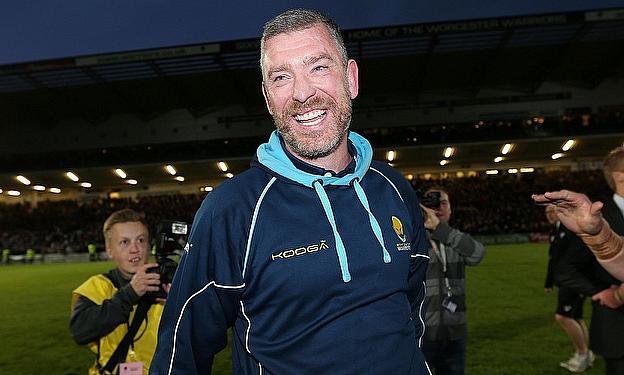 After two of the most pulsating rugby matches in recent history, the Worcester Warriors booked their place in the Aviva Premiership on Wednesday evening, defeating Bristol 59-58 on aggregate over the two-legged Greene King IPA Championship final.

Worcester were six points down on the aggregate as the game entered its final minute, but their composure shone through as they stretched the depleted Bristol defensive line and full-back Chris Pennell glided over for the pivotal score, leaving Ryan Lamb a straightforward conversion to win the tie.

Celebrations will still be raging in the West Midlands, but attentions at the club will already be turning towards the gargantuan task of keeping Worcester in England’s top tier next season and avoiding a quick return to the Championship.

If Worcester can consolidate their place in the Premiership next season, they have the potential to become a force again at the top level, but they will need to follow the blueprint laid down by the Exeter Chiefs, lest they suffer the ignominy that London Welsh have endured this season.

One advantage that Worcester have over Welsh is that they have the stadium and the support to be competitive in the Premiership. Their stadium, Sixways, holds 12,024, whilst the club averaged a home attendance of 6,714 in the Championship this season, a figure which they will hope to see increase next season. To put that figure into context, it surpasses the average home attendances of Sale Sharks (6,660) and Newcastle Falcons (6,596), and is over double what London Welsh (3,319) were able to attract this season.

The club also has the infrastructure to succeed in the long-term, with a productive academy that developed current England stars such as Dylan Hartley, Matt Kvesic, Matt Mullan and Tom Wood. As it was with the Chiefs, Worcester have relied heavily on home-grown talent to help them gain promotion to the Premiership and would be well-advised to continue doing so next season.

That production line is still whirring away, with Christian Scotland-Williamson and Andrew Boyce standing out amongst the current crop, whilst the likes of Ben Howard and Max Stelling are recent graduates already making a name for themselves in Worcester’s senior team.

Infrastructure, support and their academy will all be vital to Worcester’s long-term goals in the Premiership, but their priority should be nothing more than survival, and that will be dictated by the strength of their squad more so than anything else. Again, compared to Welsh’s situation last year, Worcester are in a relatively good place, boasting a squad with both quality and depth, though there is little doubt that it will need further strengthening before the beginning of the 2015/16 season.

New Zealand winger Bryce Heem will be en route to Sixways once he finishes up his Super Rugby commitments with the Chiefs and will likely start alongside Pennell and Cooper Vuna in a back three which should be capable of going toe-to-toe with any Premiership outfit. Tom Heathcote (Edinburgh) will also join, giving Lamb competition for the 10 jersey, whilst the pack will receive a fresh injection of muscle in Na’ama Leleimalefaga (Montpellier) and enticing potential in Derrick Appiah (Mogliano).

Replacing the outgoing pair of Mike Williams (Leicester Tigers) and Agustin Creevy (Buenos Aires Super Rugby franchise) will be particularly testing, with both players proving pivotal to Worcester’s promotion push, but ultimately the club are in a position to supplement and add to a talented squad, as opposed to having to gut and rebuild a side, as Welsh did last year.

Then there’s the Dean Ryan factor. The former Gloucester head coach knows what it takes to succeed in the Premiership, enjoying several fruitful campaigns at the helm of the Cherry and Whites. He has the knowledge and ambition to succeed with Worcester in the Premiership, not to mention the conviction to make sure the club operates with the right goals in mind.

All eyes will now be on the Warriors to see who they bring in to aid their bid to stay in the Premiership, but regardless of who they happen to be, Worcester already look set to be a far more competitive side than Welsh were this season.

Ryan, Pennell et al have a tough task ahead of them, but the likes of Newcastle, London Irish and other bottom half sides will have to be wary – there will be no guaranteed safety in 2015/16.