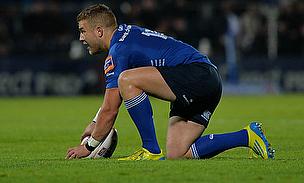 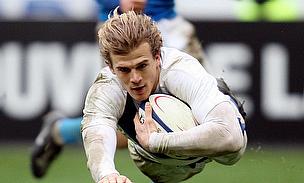 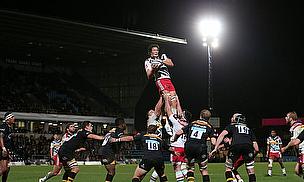 Clermont Auvergne, Harlequins, Leinster and Racing Métro were the day's winners as round two of the European Champions Cup ended with four action-packed matches.

There were three away wins as Harlequins beat Wasps, Leinster were too strong for Castres and Racing Métro beat Benetton Treviso.

The only home win was for Clermont Auvergne, who handed Sale the biggest defeat of the day.

They led 9-7 at half-time and were 16-9 behind in the second half before Madigan's boot punished Castres, who have not lost their first two matches in the competition.

Castres made the better start and were 7-0 up inside six minutes after Geoffrey Palis crossed.

Three successful strikes at goal from four attempts by Madigan handed Leinster the lead at the break.

Castres started the stronger in the second half and three penalties from Palis put them back in front.

But back came Leinster, putting Castres under immense pressure and as the French side lost their discipline, Madigan punished them.

His kick in the 77th minute put Leinster back in front and another soon after left Castres needing a converted try just to tie the game.

They failed to regain the ball from the restart and Leinster used all of their experience to run down the clock and continue their winning start to this season's European campaign.

Clermont Auvergne outclassed Sale, scoring four tries to clinch a bonus point in a 35-3 win in front of their home crowd at Stade Marcel-Michelin in Pool One.

They led 13-3 at the break and simply ran away with the game in the second half with a try from home favourite Aurelien Rougerie in the closing moments completing the victory.

The only try in the first half came from Nick Abendanon, who wrapped up a scything counter-attack that began when Sale failed to pick out a player of their own at an attacking lineout. Centre Jonathan Davies' clever kick through gave Abendanon room on the right wing but the Wales international left the field following the score after injuring his shoulder during the move.

Camille Lopez converted from out wide and added two penalties while a Danny Cipriani penalty was all Sale had to show for their efforts.

A Cipriani cross-kick almost handed Sale the perfect start to the second half but Abendanon pulled off a fine tackle to prevent Tom Arscott touching down in the corner.

But that was as good as it got for Sale, who despite plenty of endeavour, could not get a foothold in the match and after Napolioni Nalaga crossed for Clermont, the only question was whether they could run in the four tries required for the bonus point.

And after a flowing move from deep set up Nalaga to cross for his second against a tiring Sale defence, almost as soon as they recovered possession they fed Rougerie who beat off several defenders to run in from halfway.

Lopez converted both from wide on the left wing to take his personal tally to 15.

Their deserved victory puts them level at the top of the pool with Leinster, and the two meetings between them in December could go a long way towards deciding the outcome of the group.

Harlequins were the better side throughout and might have won more comfortably although a try by Charlie Matthews and a penalty try, both converted by Nick Evans, who also landed three penalties, were enough.

Harlequins led 13-10 at the break after Wasps had led through Simpson's try and going into the final quarter, the scores were level at 16-16.

Racing Métro maintained their winning start in Pool Five, beating Benetton Treviso 26-10 to make it two wins out of two.

They did not have things their own way, however, and had to work hard for a 6-3 half-time lead.

They pushed clear in the second half against a Treviso side that was much improved from their opening day defeat at the hands of the Ospreys.

Ludovico Nitoglia crossed for Treviso, which full-back Jayden Hayward converted having also scored a penalty in the first half.