Will Skelton to join Saracens from Waratahs 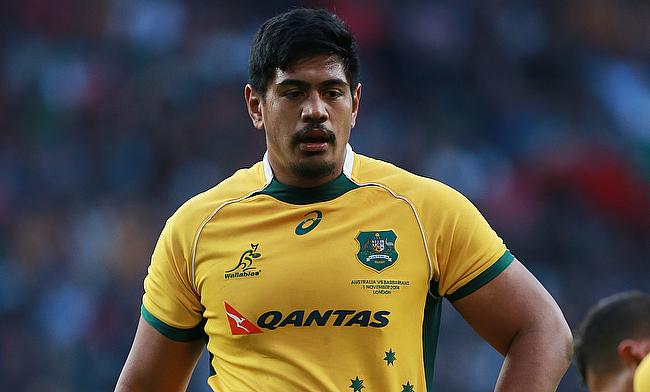 Australia international Will Skelton has announced his decision to join Aviva Premiership side Saracens ahead of the next season.

The 24-year-old will make a switch from New South Wales Waratahs after joining the Super Rugby side in 2013.

Skelton joined Saracens on a short-term deal for two months during which he made eight appearances for the double champions.

The 24-year-old has played 18 Tests for Australia till now and has been a member of the 2015 World Cup that reached the finals of the tournament. He also made appearances in the recent European tour for the Wallabies as a replacement in the games against Scotland and France.

Saracens rugby director Mark McCall said he was impressed by Skelton during his short stint with the club.

"We're absolutely delighted that Will is returning. In a very short space of time here his contribution to the side was superb, he showed a real appetite to improve his game and he was very popular among all the players and staff."

The 6ft 8in lock will not be eligible to represent Australia during his time with Saracens as the policy of Australian Rugby Union allows only players with over 60 Tests and have held a ARU contract for at least seven years to be selected in the national team despite plying their trade overseas.

Skelton described the decision to move to England that makes him ineligible for national selection was a difficult one.

"I am very excited to be returning to Saracens. This time around I am signing a longer-term deal, so it's been a really big decision and one I haven't made lightly.

"It's not easy leaving the NSW Waratahs and the Wallabies - Darryl Gibson (Waratahs coach) and Michael Cheika (Australia head coach) have been fantastic for my career so far and I want to thank them for everything they have done for me, on and off the field.

"Not being able to pull on the gold jersey while I am playing in England has made the decision especially difficult, but this is about family as much as it is football. One day I'd love to play for Australia again."