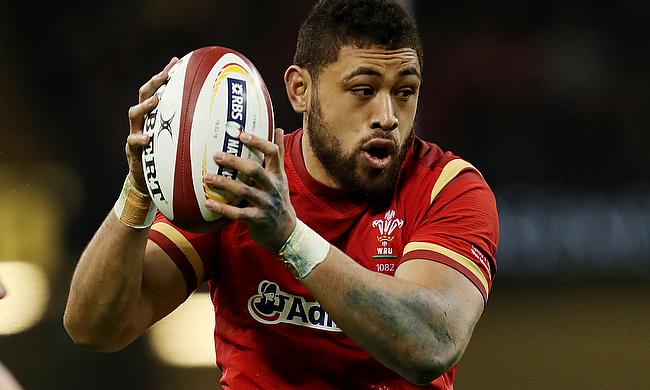 Taulupe Faletau was one of the try-scorer for Wales
©PA

Wales came up with a seven-try riot as they trounced Italy 48-7 in the fourth round of the Six Nations at Stadio Olimpico on Saturday.

As Luca Bigi was penalised for an offside, Wales had an opportunity to open their account in the third minute with Dan Biggar slotting the penalty goal. The Italy captain was sent to sin-bin in the 7th minute by referee Wayne Barnes for a cynical foul and immediately the visitors made full use of the numerical advantage with Biggar sending a long pass to Josh Adams, who dived in the corner. Biggar also kicked the conversion to make it 0-10.

Wales increased their lead further as Bigi was in the sin-bin with Louis Rees-Zammit sending a well-timed pass for Taulupe Faletau to dot down in the 14th minute but Biggar missed the conversion. Wayne Pivac's men continued their dominance as the start of the second quarter saw Ken Owens crossover from a short-range line out but this time Biggar improved to take them to 22 unanswered points.

Wales went on to claim the bonus point around the half-hour mark when Owens stretched over from another line-out for his second try of the game as they completed the opening half with a 0-27 lead.

Wales extended their momentum into the second half with this time Jonathan Davies setting up George North for their fifth try with a conversion from Biggar taking their lead to 0-34. Italy's response finally came when Monty Ioane chased his own kick and collected it to score in the corner. Paolo Garbisi kicked the conversion from a wide angle as the scoreline became 7-34.

As Adams was denied a second try after failing to ground the ball on time, Italy suffered their second yellow card in the game when Marco Riccioni was sin-binned in the 57th minute for a dangerous use of the elbow and Wales with further tries from Callum Sheedy and Rees-Zammit in the 60th and 64th minutes respectively sealed a comfortable 41-point victory.