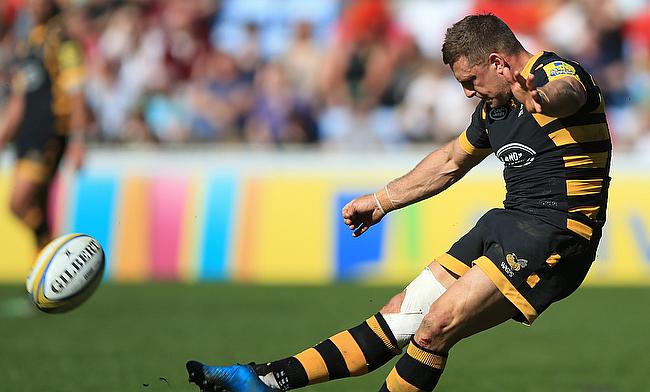 Wasps successfully started the Premiership resumption with a 21-34 bonus-point victory over Northampton Saints at Franklin's Gardens on Sunday.

Josh Bassett scored a double for the visitors while Jack Willis and Ben Harris also crossed over. For Northampton, Alex Mitchell and David Ribbans touched down but their efforts went in vain.

The win has taken Wasps to the fourth place in the table with 38 points while Northampton have slipped to sixth place.

Dan Biggar started the proceedings with a fifth minute penalty goal for the Saints. A scrum move saw Jacob Umaga and Jimmy Gopperth combine to send Bassett for the opening try in the eighth minute. The centre kicked the conversion as well.

Biggar's second penalty in the 12th minute reduced the gap to one point but an attack from Dan Robson set up Willis over the line just before the end of the first quarter with Gopperth improving it to make the scoreline 6-14.

Wasps suffered a setback when Malakai Fekitoa was yellow-carded in the 23rd minute for a high tackle on Fraser Dingwall but despite the numerical advantage, the Saints did not add to the six points they scored earlier as the visitors went into the break with an eight point lead.

The start of the second half saw Mitchell and Harris exchanging tries as Wasps maintained their eight point lead which increased to 11 when replacement Lima Sopoaga kicked a penalty goal at the end of the third quarter.

Nevertheless, the home side were presented with a huge opportunity as Sopoaga was sin-binned in the 62nd minute and this time Ribbans scored immediately and Biggar kicked a penalty kick in the 69th minute to make the scoreline 21-24.

However, Bassettt, with his second in the 77th minute with Sopoaga kicking penalty and conversion on either side completed a 21-34 win for Wasps.