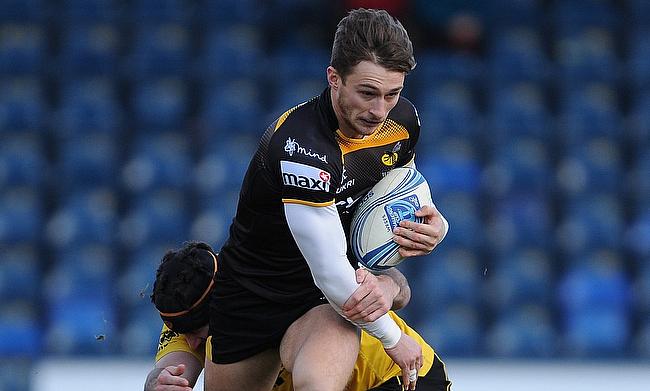 May, Ford guide Leicester Tigers to 34-16 win over Gloucester
Exeter go past Bristol in a tight 14-9 encounter at Sandy Park
Saracens move to top despite 24-18 defeat to Sale Sharks
Second half dominance steers Bristol to 35-28 win over Newcastle Falcons

Wasps managed to end a three-game losing streak in the ongoing Gallagher Premiership competition as they went on to beat Northampton Saints 27-16 in their Sunday encounter at Ricoh Arena.

The win has taken Wasps to sixth position in the table with 29 points while Northampton Saints are at ninth place with 26 points.

After the first 15 minutes went without a point, Josh Bassett broke the deadlock after he was aided by Willie le Roux for the opening try. Lima Sopoaga kicked the conversion as Wasps increased their tally to seven points.

A 21st minute penalty goal from Dan Biggar got Northampton Saints off the mark but Dai Young's men doubled their tally with Juan de Jongh touching down in the 22nd minute that was improved by Sopoaga.

The visitors did not relent under pressure and got their opening try through Fraser Dingwall in the 25th minute and Biggar kicked the extras. As Sopoaga and Biggar traded penalties, the Northampton fly-half kicked another three-pointer before the break with the teams ending the first half with a tight 17-16 scoreline.

Wasps capitalised another mistake from Northampton in the second half when Willie le Roux intercepted an offload in Northampton's line to go over the line while Sopoaga followed it with a conversion and a penalty to complete 27-16 victory for the home side.

Wasps captain Joe Launchbury said: “I’m not the best spectator so it’s been a frustrating two months. We’ve probably lacked confidence a bit over the last few weeks and confidence in sport is quite a funny thing, sometimes it’s hard to get back.

“Today was always about the result rather than the performance so we’re delighted to get the win today and hopefully we can keep moving forward now. We know we’ve got a quality team, hopefully this will be a springboard for us now.”

Wasps’ Thomas Young said: “It’s massive for us. We’ve been going through a tough spell and we’ve worked hard as a group, when you’ve quality like Joe (Launchbury) coming back in it makes it a lot easier.

“We kept hold of the ball and stuck to our game plan. We got the points where we needed to, I suppose that was the difference.”