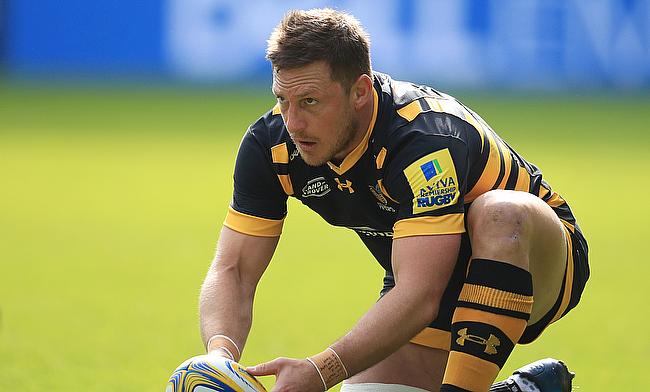 Wasps capitalised on the red-card to Elia Elia as they went on to beat 14-man Harlequins 23-32 in the 21st round of the Gallagher Premiership at Twickenham Stoop on Monday.

This was also Chris Robshaw's final game for the club at the Stoop and to his disappointment he had to end on the losing side.

The victory has taken Wasps back to the second place with 66 points while Harlequins are at sixth place with 46 points.

Wasps started the proceedings with a 12th minute try from Tom Willis and as James Chisholm left the field limping off the field his replacement struck straightaway with a 20th minute touchdown to level the scores in the opening quarter.

A shrewd pass from Elia saw Dombrandt to go over the line for the second time in the game in the 32nd minute and this time Marcus Smith converted making the scoreline 12-5. At the stroke of half-time, Gopperth and Smith exchanged penalties as the teams finished the opening half with a 15-8 scoreline.

The Quins started the second half briskly when Smith gathered a kick from Jacob Umaga to cross the whitewash to make it 20-8 but they suffered a huge setback when Elia was red-carded for a dangerous tackle on Dan Robson leaving the home side a player less in the final 30 minutes.

Wasps immediately capitalised on the numerical advantage as Gabriel Oghre crossed over and Gopperth improved to make it 20-15 before Smith increased Harlequins' lead to eight points with a three-pointer in the 59th minute.

As the final 10 minutes kicked-off, Harlequins still had a 23-15 lead but further tries from Thomas Young (72') and Jack Willis (74') along with a double conversion and a penalty from Gopperth ensured Wasps completed their 13th win of the tournament to keep them in the hunt for the play-off.