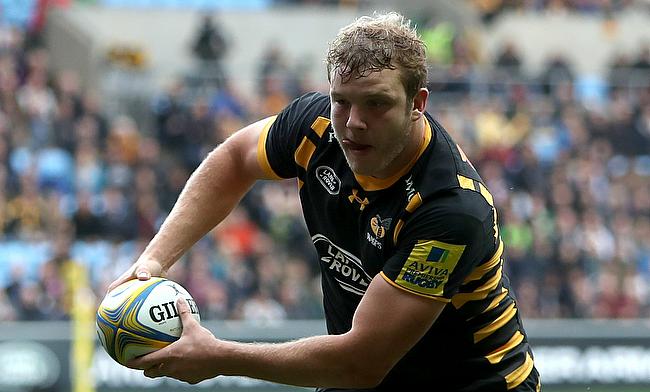 Wasps director of rugby Dai Young has confirmed the matchday23 squad for the Gallagher Premiership opener against Worcester Warriors to be played at Sixways on Saturday.

The squad captained by Joe Launchbury has fly-half Billy Searle and Joe Atkinson at number seven while Will Stuart is set to make his first Premiership start in the front-row comprising of Ben Harris and Tom Cruse.

Christian Wade, Josh Bassett and Rob Miller form the back three while Searle forms the half-back partnership with Dan Robson while Juan De Jongh and Elliot Daly are positioned at 12 and 13.

“We’re expecting a real tough game, we played them twice last season and struggled twice against them so we’ve got respect for them and we’re going to have to play really well," said Wasps boss Young.

“They’re very physical up front and very direct, they don’t play much rugby in their own half, very much of a South African approach. They have a very strong kicking game, big press from the defence, they are very direct as they get into your half, will take you on physically and a good set piece.

“We know what we’re up against and certainly if we give away as many penalties as we did last weekend it could be a tough afternoon as we’ll give them field position and opportunities to take us on physically.”