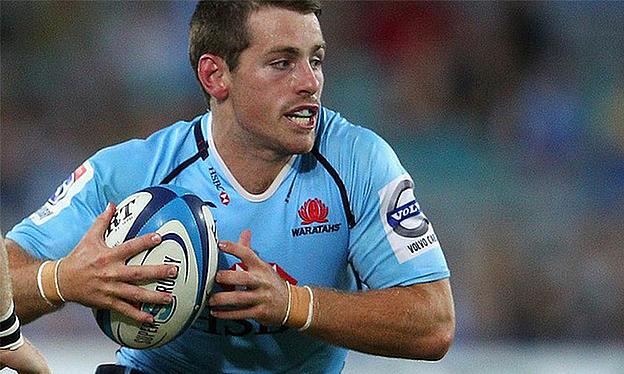 Bernard Foley racked up 15 points from the boot
©PA

Defending champions Waratahs picked up their first Super Rugby victory of the season as they edged to a hard-fought 38-28 bonus-point victory against the Rebels in Melbourne on Friday.

Having stuttered to an opening-round loss against the Western Force, the Waratahs were eager not to concede further ground to the leading franchises and wrapped up victory at the AAMI Park thanks to a late try from Australia full-back Kurtley Beale.

The Sydney-based outfit were also indebted to a brace of tries from wing Taqele Naiyaravoro, a further touchdown from loose forward Stephen Hoiles and 15 points from the boot of Bernard Foley.

Foley gave the Waratahs a third-minute lead when he kicked the first of four team penalties, but the Rebels hit back soon after when Foley's Wallabies team-mate Scott Higginbotham crossed over for the first try of the match in the 11th minute and centre Mike Harris converted to take them into a 7-3 lead.

It was short-lived, however, as Hoiles dotted down after a fine kick-and-collect chase from Beale in the 21st minute and, following Foley's conversion, the Waratahs built a 16-7 lead shortly after the half-hour mark thanks to further penalties from Beale and Foley.

Flanker Lopeti Timani scored the Rebels' second try of the evening just before the break, which Harris duly converted, to reduce the Waratahs' lead to 16-14 at half-time.

The Waratahs, as they had in the first half, drew first blood in the second when Naiyaravoro scored his first try within two minutes of the restart and Foley added the extras to make it 23-14 in their favour.

The Rebels hit back through scrum-half Luke Burgess' 52nd-minute try which Harris converted, but the Waratahs' two-point lead was extended to seven points when Naiyaravoro touched down once again on the hour mark, before being sent to the sin bin after he deliberately knocked the ball into touch.

The Rebels made their man advantage count when centre Sefanaia Naivalu crossed for their bonus-point securing fourth try and Harris added the extras to level the scores at 28-28 with 13 minutes to play.

The Waratahs are made of stern stuff, though, and Foley exploited a gap in the defence to send Beale over for their fourth try in the 72nd minute, before Foley added the extras and slotted a further penalty three minutes from time to make the game safe and finally see off a resolute Rebels' challenge.