Wallabies the big winner of the Godwin move 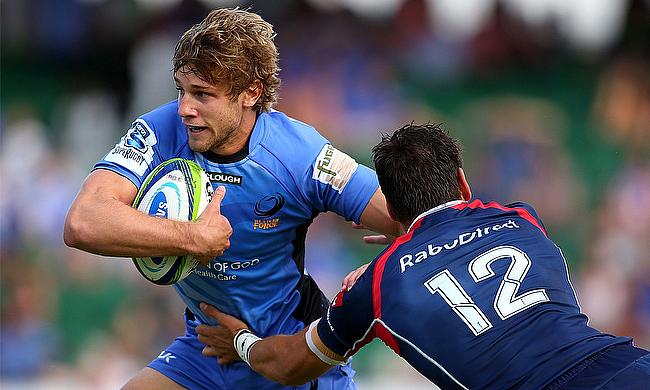 Kyle Godwin in action for the Western Force
©PA

If there is one thing that’s certain about the Wallabies, it’s that they love a ball-playing inside centre.

Tim Horan and Matt Giteau are perhaps the two most celebrated of the last 20 years, but the role has also been filled by the likes of Kurtley Beale, Matt Toomua and Christian Lealiifano. Even Bernard Foley, a pure fly-half in most people’s estimations, has now been tried at the position, allowing for Quade Cooper to be played at 10.

Unfortunately for the Wallabies, stocks at the position have been decimated of late. Giteau picked up an ankle injury against the All Blacks, possibly meaning that the 33-year-old has played his late game in the gold and green, Toomua and Beale have both upped sticks for Europe and Lealiifano continues to fight his battle against leukaemia.

The whole rugby world has united in wishing Lealiifano a swift and full recovery but as of now, he is out of the equation, as is Toomua, whose 33 Australia caps are not enough to qualify him to represent the Wallabies from abroad, via the so-called ‘Giteau’s Law’. Beale does qualify, however, leaving him as the seemingly standout prospect to fill the jersey moving forward.

Michael Cheika toyed with Samu Kerevi at the position during Australia’s 3-0 whitewash by England, whilst the aforementioned experiment with Foley at 12 has been an uncomfortable ride, with New Zealand preying on the axis between him and Cooper and South Africa only prevented from doing so by the work of Reece Hodge, who often stood at inside centre in defence.

Fresh blood is required and that need coincides nicely with Kyle Godwin’s upcoming move to the Brumbies.

It was confirmed last week that Godwin would make the move from Perth and the Western Force to Canberra and news that the talented playmaker will be moving to an effective team where he can showcase his ability must be music to Cheika’s ears.

It’s brutal news for Western Force, who continue to haemorrhage good players and look nothing more than a team that will be battling for scraps at the bottom of the Super Rugby log next season, but from a national perspective, the news is exciting.

Godwin has flashed his ability for Force, most notably in their promising 2013 and 2014 seasons, but the team’s overall struggles have prevented him from doing likewise since. A move to the Brumbies, who should be in contention at the top of the Australian conference next season, allows him the opportunity to show that he is much more than a big fish in a small pond.

If he can replicate that form from 2013 and 2014 in a team that has the pack and set-piece to put him on the front foot, he should be able to lay down a marker to Cheika. His time at fly-half has honed his passing and kicking skills well enough, whilst his defence is no liability and he has the frame to deal with the physical demands of the extra carries that an inside centre typically sees, particularly at test level.

On paper, Godwin is the perfect man to slot into the Wallabies’ 12 jersey.

His recent international call-up, albeit as injury cover, shows that he is a player Cheika has his eye on, despite a quiet couple of seasons in Perth. He wasn’t included in the 23 to play the Springboks, but being in and around the set-up will do him no harm whatsoever.

Godwin, alongside the likes of Kerevi, Hodge and Dane Howlett-Petty, could form the core of a new-look Australian back line moving forward and the Brumbies have done a very good bit of business luring him to Canberra ahead of the 2017 season.