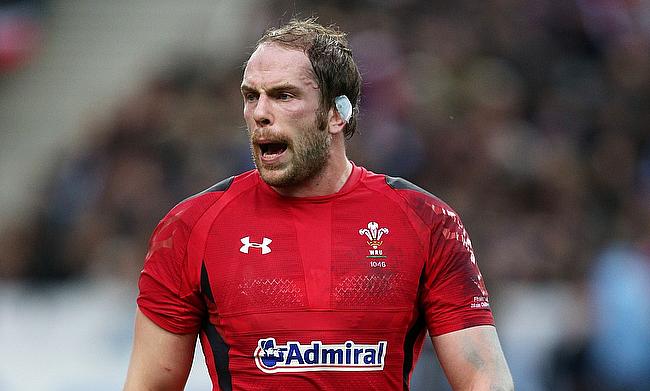 Leigh Halfpenny played a crucial role in Wales' 24-20 thrilling victory over Argentina. Here is a look on player rankings from the game.

GEORGE NORTH: Had few opportunities in attack but his defensive work was strong. 6

JONATHAN DAVIES: Like his fellow British and Irish Lions North and Halfpenney, he was stifled by Argentina's tight defence. 6

SCOTT WILLIAMS: Solid but not spectacular in his role filling in for the dropped Jamie Roberts. 6

LIAM WILLIAMS: In the first half he twice went close to scoring a try and deservedly crossed for one in the second period. Excellent under high ball. 8

DAN BIGGAR: Led the team out on his 50th appearance. An incisive break into Argentina's 22 and fine offload set up the position for Wales' first try. 7

GARETH DAVIES: Used his power to barge over for Wales' second try. 7

GETHIN JENKINS: Outscrummaged at a crucial point near the end of the first half but the skipper's surprising chip in behind Argentina's defence set up Wales' second try. 6

KEN OWENS: Impressive. Came close to scoring a try when maul was illegally pulled down. 7

TOMAS FRANCIS: A strong enough performance to persuade Rob Howley to keep him on for the whole match. 7

LUKE CHARTERIS: Was unfortunate to be penalised for a high tackle that allowed Argentina to reduce Wales' lead to a point late on. 7

ALUN WYN JONES: Got in over ball to win an early penalty and showed good hands with a cute offload in an outstanding performance but his indiscipline led to Argentina's try. 8

SAM WARBURTON: A quiet match by his high standards on his return to the team, even though he did not initially have the captaincy to think about. 6

JUSTIN TIPURIC: One of Wales' most effective ball carriers, he made more metres than some of Wales' backs. 7

ROSS MORIARTY: Good carries and a big hit in a fine display from the number eight. 7

Smith soon made a positive impact in a maul and then at a scrum. It was surprising that Smith and fellow front-row forward Scott Baldwin were the only substitutes used by Wales.

SCOTT BALDWIN on for Owens 46.

NICKY SMITH on for Jenkins 63.