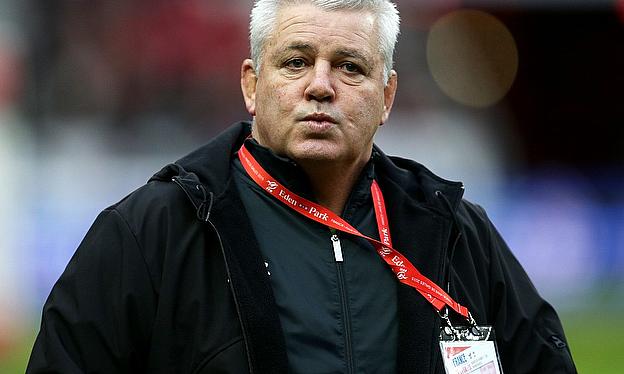 Gatland predictably retains the starting line-up that defeated France 20-13 in Paris 10 days ago, a result that kept alive hopes of Wales landing a third Six Nations crown in four years.

Flanker Sam Warburton, who went off after taking a blow to his knee during the French clash, will break Ryan Jones' record when he captains Wales for the 34th time on Saturday.

Victory for Wales would see them stay in the title shake-up, but Ireland are chasing a record 11th successive Test win against all opponents, and they have only lost twice in Cardiff since 1983.

Wales have lost their last two Six Nations Tests against Ireland, including being destroyed 26-3 in Dublin 13 months ago.

But despite the setback of coming unstuck at home against England in their Six Nations opener this term, Gatland's men have recovered well to keep alive their title chances.

If they can end Ireland's Grand Slam hopes, it would give Wales a fighting chance of securing silverware when they head to Rome next week for their final game of this season's tournament against Italy at Stadio Olimpico.

Evans, meanwhile, has been in impressive form for the Scarlets this season, while Ball started the Six Nations alongside second-row partner Alun-Wyn Jones before making way for Luke Charteris in Paris.

Gatland said: "We return to the Millennium Stadium after two tough away trips with two victories, and we will be looking to build on that.

"We saw an improvement against Scotland, and then saw another step up against France, and we know we will need to do the same against Ireland on Saturday.

"Ireland are the form team in Europe, and we know it is going to be a huge battle.

"The changes on the bench mean Rob Evans gets an opportunity.

"We have been impressed with him for his region and at training, and our strength in depth in the second-row is highlighted again as Jake (Ball) comes back into the squad."

Gatland, meanwhile, paid tribute to 26-year-old Warburton, who took the Wales captaincy reins in 2011 and has proved to be an outstanding leader for his country.

"Saturday is a fantastic achievement and honour for Sam," he added.

"He has developed into the role fantastically and is a modern-day professional. He is a role model who will continue to get better."