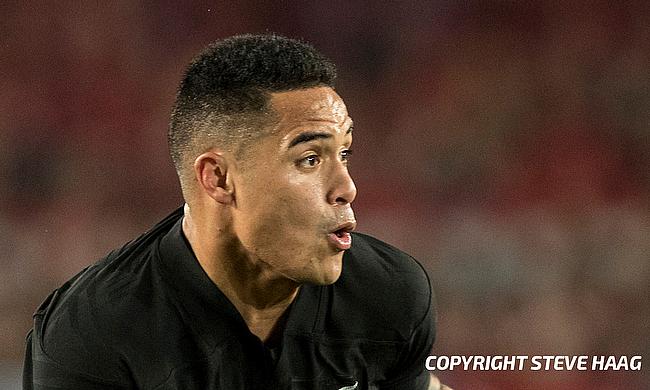 New Zealand ran a seven-try riot as they kept their hope of World Cup title defence alive as they eased past Ireland 46-14 in their quarter-final clash at Tokyo Stadium on Saturday.

The All Blacks, who were the winners of the 2011 and 2015 editions will now face an in-form England side in the semi-final in Yokohama on 26th October.

The match started with a brief break in play with Sam Whitelock treated for a knee injury but the blow was for Ireland as Garry Ringrose was replaced by Jordan Lamour in the fifth minute after he sustained a blood injury. As Jacob Stockdale was penalised for a deliberate knock-on, Richie Mo'unga kick-started the proceedings with a sixth-minute penalty goal.

Even though Ringrose did return back to the field in the 10th minute with a bandage on his head, New Zealand exerted pressure on Ireland and were eventually rewarded in the 14th minute when Aaron Smith spotted the gap in Irish defence to crossover and Mo'unga improved it to make the scoreline 10-0.

Ireland were sloppy as Tadhg Furlong ended up knocking on leading to a scrum for Ireland and from a resulting scrum, Smith touched down for the second time and a conversion from Mo'unga stretched All Blacks' lead to 17-0. As Ireland struggled to get out of their 22, New Zealand looked dominant having over 60% possession.

A bruised tackle from Sevu Reece on Johnny Sexton allowed Beauden Barrett to collect and kick the ball ahead which he gathered and dived over the line. After consultation with TMO, New Zealand were awarded the try but Mo'unga missed the conversion this time as the teams went into the break with a 22-0 scoreline.

The All Blacks extended their dominance into the second half when skipper Kieran Read popped the ball to Codie Taylor as he crossed whitewash between the post and Mo'unga slotted the extras to make it 29-0.

The start of the final quarter proved no different for Ireland as a crosskick from Mo’unga was gathered on the far touchline and from the resulting ruck the ball was fed to Matt Todd as he dotted down in the 63rd minute to take their unanswered lead to 34 points. Ireland finally broke the shackles with 12 minutes left in the game after a clever pass from CJ Stander allowed Robbie Henshaw go over the line and with the extras added the scoreline became 34-7.

The consolation try from Ireland saw the All Blacks gear up as a combination of Ardie Savea and Dane Coles ensured George Bridge touched down in the 73rd minute and Mo'unga's fourth conversion in the game took the All Blacks tally to 41 points. Ireland had something to celebrate with three minutes left in the game as Matt Todd was sin-binned for an off-side that also resulted in a penalty try for Joe Schmidt's side but New Zealand had the final laugh as man of the match Beauden sent a long kick to his brother Jordie Barrett to dive over the corner to complete a 46-14 win.

This will also be Ireland's final game under Joe Schmidt as he will step down from his role following the tournament with skipper Rory Best also confirming that he will retire at the end of his team's campaign.

?? "We've been a little bit flat all season which is disappointing. Thank you to my players and these supporters. It has been a privilege for me." @IrishRugby's Joe Schmidt talks about his team's defeat in his final game in charge #RWC2019 #NZLvIRE #RWCTokyo pic.twitter.com/KJIx9WfF2o

??"Our bench came on and made an impact. Rory Best, you've been a legend of the game so thanks for what you've given to the game." @AllBlacks skipper Kieran Read reflects on his team's Quarter Final win ??#RWC2019 #NZLvIRE #RWCTokyo pic.twitter.com/VskBRO1YPI