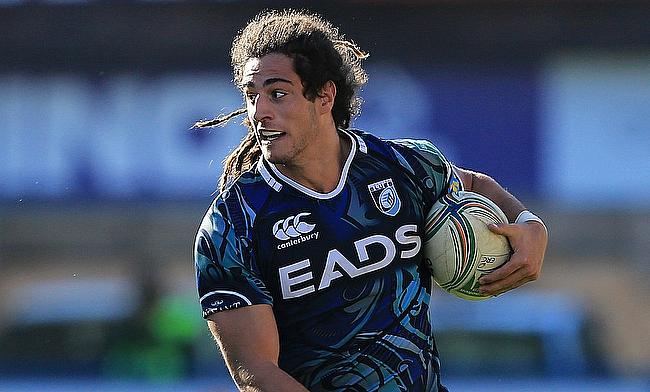 Josh Navidi has been with Cardiff Blues since 2010
©PA

Wales international Josh Navidi has committed his immediate future with Cardiff Blues after signing a new deal with the Pro14 club.

Navidi made his senior debut with the Blues in 2010 and has made 169 appearances scoring 21 tries since then. He has also captained Wales Under 20 side previously and now has extended his stay in Cardiff beyond 10 years.

"It's nice to get another contract signed. Everything is going well here and looking positive for the future, so I was more than happy to sign on the dotted line.

"This new contract takes me beyond 10 years at Cardiff Blues. This place has been massive for me and got me to where I wanted in my career.

"We've had some tough times and have had to dig in at but after seeing the boys lift the Amlin Challenge Cup in 2009 and to then play a part and lifting it last year was brilliant.

"With the World Cup around the corner it was important to stay in Wales to ensure I'm eligible but I'm also very happy here and hopefully we can achieve like last year and keep pushing forward in the PRO14."

His Test debut for Wales came in 2013 when he played a solitary game before he was recalled during the summer tour in 2017. Overall, he has featured in 14 Tests in which he started in 13 games.

"Josh is an awesome player and has been a legend for Cardiff Blues, so it is great to retain his services," said head coach John Mulvihill.

"He has shown over the past few months how important he is not only to Cardiff Blues, but the national squad and you can see that in the Six Nations.

"His energy, work-rate, physical presence is so important to us. He is a great team man, super professional, on and off the field, and is someone who constantly pushes his limits and boundaries to be the best possible player he can be.

"We're looking forward to welcoming him back following a successful Six Nations to bolster our back-row as we enter a crucial final block to the season."

Cardiff Blues are positioned third in the Conference A table of Pro14 with eight wins from 16 games.