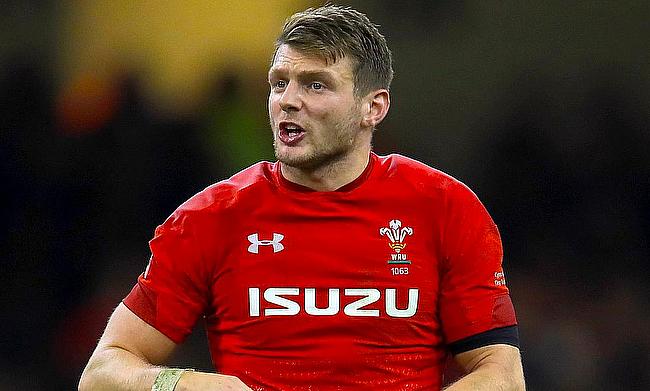 Over the last decade, no one has won more Six Nations titles and Grand Slams than Wales. In 2012 and 2019 they were unstoppable, accumulating countless memorable moments along the way.

But as the nation head into another Six Nations tournament as defending champions, Wales’ recent history in this competition is an afterthought.

After the successful autumn periods that France, Ireland and England experienced, they are seen as the frontrunners to take Wales’ crown whilst Wayne Pivac’s side are 10/1 to retain their title.

Many think Wales are already on the backfoot given their curtain-raiser is away in Ireland next weekend. Not only have the men in red not won in Dublin in this competition for 10 years, but Andy Farrell’s charges are oozing confidence after concluding 2021 by beating New Zealand.

The Ireland boss now wants his side to hit "new boundaries": "It makes me laugh when coaches say they want to finish second or third," Farrell said. I don't know anyone who doesn't want to finish first."

The Irish provinces are also flying in Europe, with Leinster storming their way into the last 16 of the Heineken Champions Cup along with Ulster, Munster and Connacht. In stark contrast, the Welsh regions failed to win a single match when they took to the field in continental competition.

It is seemingly the same old story for the Dragons, Cardiff, Ospreys and Scarlets, but when the Six Nations comes around, the issues and the problems which plague the domestic scene evaporate, and the national team spark into life.

Pivac is now tasked with the same challenge - which has been made all the more difficult by a long list of injuries, Covid cancellations and a lack of match sharpness for the players coming into the set-up - but Wales arguably thrive when their backs are against the wall.

“Over the last eight, nine or 10 years, when we've been reasonably successful in the Six Nations, it's been a similar question about the regions not performing as well as they should,' said Dan Biggar, who has been named Wales captain in the absence of Alun Wyn Jones.

“We always seem to do OK. Ireland, England and France always start ahead of us with the bookies and the media but we're fully aware of what we're capable of. It really is just about belief. We've been lucky to have a fair bit of success and when you achieve that, it becomes second nature.

"The first couple of weeks are pivotal as to how the campaign will go for you. If you get off to a good start, everything becomes a lot easier."

“We'd like to have everyone performing at the top of their game and have the teams winning more than they are”, said Pivac.

“It's not the ideal way to be coming into a camp, but we've selected players who have played extremely well for their country over a number of years.

"It's certainly a challenge in terms of getting the squad finalised and looking at minutes played, form, injuries, players who might come in and who might be fit later on in the competition.

“It is a difficult jigsaw puzzle to put together, but now that we've done that, seeing the boys come together in the first two days (of camp) and the efforts they've put in on the training pitch and in the classroom, it gives us great confidence that this is a group of players that has come together. They know it's a huge opportunity to go and perform on a big stage."

"We spoke on Monday about Covid, the clubs and the lack of game-time and none of those are an excuse,” added Biggar.

Whilst the Northampton Saints fly-half will be stepping into Alun Wyn Jones’ shoes over the next seven weeks, Pivac revealed it is ‘a long shot' that their talismanic leader will be involved in the tournament.

Jones sustained a shoulder injury ahead of last summer’s British and Irish Lions tour to South Africa but miraculously recovered to captain the tourists.

The 36-year-old then damaged the same part of his body against New Zealand back in October, but the Wales boss hasn’t altogether ruled out another revival act from his skipper.“

“This tournament hinges on momentum. It’s important for us to get a good start.” - Dan Biggar

“Never say never, it's Alun Wyn Jones,” Pivac said. 'I probably wouldn't enter the conversation if it was anyone else, but the guy has broken so many records.

“It will be a long shot, let's just say that. Al is working incredibly hard behind the scenes, as you know he would, to get himself in the best shape possible for either the Ospreys or Wales."

Biggar added: 'I don't think any of us expected him to turn up in South Africa in the summer, and he managed to get on the plane!

“If there is anybody who has got a chance of being fit for some part of this tournament, then Al is probably the man. I wouldn't rule it out just yet.'

Biggar also admitted he had leant on Jones’ experience as he prepares to lead his country: “I had a chat with Al last week. When Wayne asked me to do the job, I said to Wayne that I didn't want to change who I was as a person around the team room and on the training pitch, and Al sort of echoed that. He said to just be your own man.

“I've worked with Al for a number of years now, so to pick up, even if it is one or two small bits which Al has in the way he conducts himself around the place, is going to be of benefit to me.”

His opposite number next weekend - both positionally and in terms of the captaincy - will be Johnny Sexton and he expects Biggar and his teammates to pose a serious threat to Ireland's upward trajectory: "Over the years, they haven't been shy in saying they are not mad on the Irish!

"They are different players when they for Wales and they will turn up 100 per cent ready to go. They won the Championship last year and they are a team to be reckoned with."