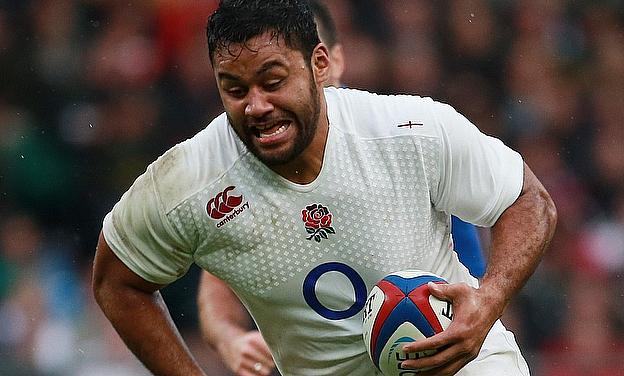 Morgan's injury, suffered during Gloucester's 24-23 win over Saracens on January 9, could pave the way for Vunipola to return to England's starting XV in time for the RBS 6 Nations.

The Brisbane-born back-rower was the first choice in that position heading into the autumn, but he was usurped by Morgan after putting in a disappointing display against South Africa.

And although the pair have been locked in a tense battle for months Vunipola, who scored a try for Sarries in the clash at Kingsholm, takes no joy out of Morgan's current predicament.

"I thought at the time it was a serious injury. I had a lot of sympathy for him and his mother, who I talk to quite a lot after England games. I hope he recovers well," he told the Telegraph.

"I do feel sorry for him as it has happened to me before, two years ago, when I got injured before the French game and in the Ireland game. That is how life goes, how ­people get opportunities and that is how I got mine when I first came through at Wasps. So yes, there is a degree of sympathy for him but I have to carry on."

His attitude speaks volumes for the team spirit head coach Stuart Lancaster has cultivated since taking over.

But despite Morgan's absence the Saracens man is not totally guaranteed a starting berth, with Wasps skipper James Haskell offering a versatile option and Harlequins' Nick Easter pushing hard for a recall after being in the international wilderness since 2011.

Another player who has spent years on the fringes and is now looking for a way back is Danny Cipriani.

The Sale Sharks fly-half, who travelled with the squad to New Zealand last summer, has been in sparkling form for the Salford-based side this season.

He gave a timely reminder of his talents, both with ball in hand and from the tee, as Sale stunned reigning Aviva Premiership champions Northampton 20-7 last week.

"Absolutely no question. You want the best players in that team and the consistency that he has shown week in, week out for possibly 18 months now. I'm not saying he should be starting for England, but he should certainly be in the squad," he said.

Lancaster is due to announce his England squad for the Six Nations campaign next week.