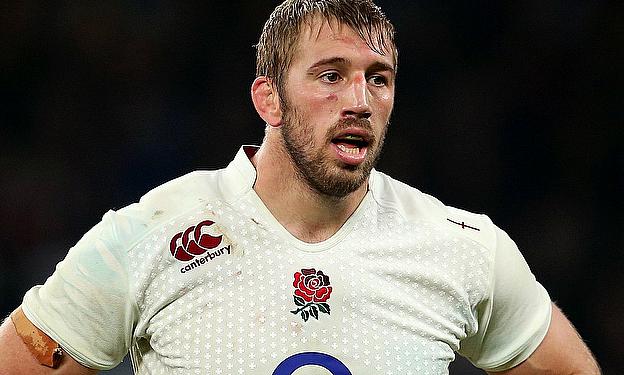 England captain Chris Robshaw has revealed that his decision not to undergo shoulder surgery was driven by next month's RBS 6 Nations Championship opener against Wales in Cardiff.

Robshaw is set to return to action on Saturday when his club Harlequins tackle Aviva Premiership rivals Leicester.

He has been sidelined since stretching shoulder ligaments during Quins' European Champions Cup clash against Leinster on December 7.

Had Robshaw gone down the surgery route, he would have faced three months out, missing the entire Six Nations campaign.

England's February 6 appointment with Wales comes two years after they suffered a record 30-3 defeat at the Millennium Stadium that painfully ended their Grand Slam hopes.

"You don't want to miss out on these occasions, especially going back to the Millennium, you simply don't," Robshaw told the Daily Telegraph.

"You don't want to be on the sofa watching on TV as everyone else is going into battle. We want to try and rectify what happened there two years ago.

"I wanted to be in Cardiff. That was in my mind when I hurt my shoulder.

"I saw a couple of specialists who went through the options. Once I knew that rest and rehab could do the job, then it was decided to go down that route. You want to be out there playing. Simple as that."

Robshaw resumed contact training last week, and he is now poised for a busy run-up to the Six Nations with Quins facing Leicester, then Champions Cup games against Wasps and Castres.

The Wales match then follows, which is a fixture given added importance with Warren Gatland's men also in the same World Cup pool as England later this year.

"Everything steps up in a World Cup year, and all the more so given that we are hosts," Robshaw added.

"Every country will be looking to build confidence ahead of the World Cup. And the best way to do that is to finish top of the European pile."