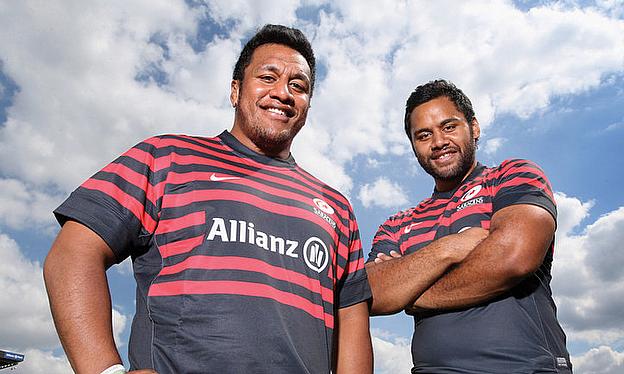 The new deals follow those signed recently at Allianz Park by the likes of their England colleagues Owen Farrell, Brad Barritt and George Kruis.

Billy, who has won 17 caps, said: "It was a very easy decision to remain at Saracens.

"The environment really helps me with my rugby and also my time away from the game. I'm really happy to stay and with the way things are going."

And Mako, a Test player on the 2013 British and Irish Lions tour of Australia, added: "I have been at the club a bit longer than my brother and I've really enjoyed my rugby and the club have really looked after me.

"There is a really good young core in the team now with people like Jamie George, Owen Farrell, George Kruis, Jackson Wray, Maro Itoje and my brother.

"I am excited to see how far we can go and I want to be around and enjoy my rugby with them and see how we can improve as players.

"We made two finals last season and this year I feel we have improved our game.

"There have been a few tough times but it's been really pleasing how we have bounced back from that."

Saracens recently bowed out of the European Champions Cup following a 13-9 semi-final loss against French challengers Clermont Auvergne in Saint-Etienne.

But they are firmly on course to reach this season's Premiership play-offs, currently holding third place with remaining games to be played against Exeter and London Welsh.

Reflecting on the latest contracts, Saracens rugby director Mark McCall said: "We're delighted that Mako and Billy have extended their contracts with the club.

"The pair of them are both under 25 and they are the cornerstones of a very exciting pack of young forwards for this club.

"They bring a huge amount on the pitch and both have achieved an incredible amount in such a short space of time.

"They also contribute off the field in terms of the group and the environment at the club. We're very happy that they both see their future at Saracens."