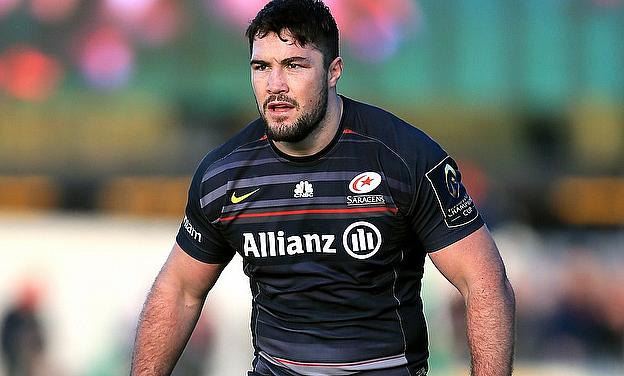 Saracens have announced that their England centre Brad Barritt has signed a long-term deal with the Aviva Premiership club.

Barritt recently returned to action after recovering from an ankle injury, and he looks set to be an integral part of England's World Cup campaign later this year.

"I am absolutely delighted to stay a part of the Saracens family," he said.

"I consider this place home, and I am really looking forward to the years ahead with this fantastic club.

"This club has really come on in the past seven seasons.

"I am very grateful to all the coaches and the players alongside me for their help in pushing me to play for higher honours."

Saracens rugby director Mark McCall paid tribute to Barritt, whose form for club and country has proved a model of consistency.

"Since Brad arrived at Saracens in 2008, he has developed into one of the most influential players on both the club and international scene," McCall said.

"Without question, he's the most competitive person that I've come across.

"In the seven years that he's been here, Brad has grown as a player and as a person.

"He is a warrior, leads by example and is held in the upmost respect by everyone at Saracens. He is a world-class player, and is a key figure for both club and country."

Barritt and Saracens return to domestic action against Northampton on Saturday after being knocked out of the European Champions Cup by semi-final opponents Clermont Auvergne in St Etienne last weekend.