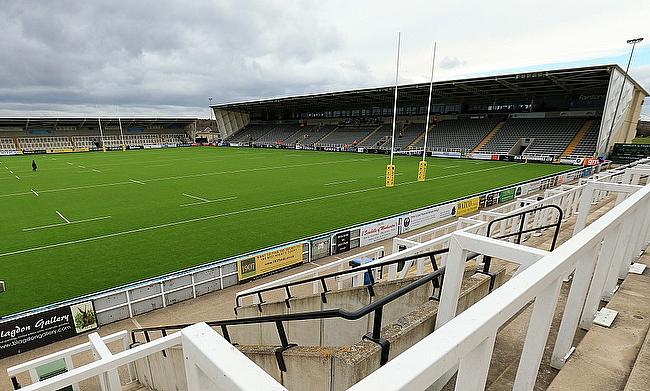 USA international Greg Peterson has extended his stay with Newcastle Falcons after signing a new two-year contract with the Gallagher Premiership club.

Having started his career with National Rugby Championship side North Harbour Rays, the 30-year-old also played for Leicester Tigers, Glasgow Warriors and Bordeaux Begles before heading to Kingston Park.

Peterson joined the Falcons in 2019 post the World Cup in Japan and has gone on to make 30 appearances for the club including 14 Premiership games.

“It’s a really nice city here, the people are great, my team-mates and everyone at the club are awesome, so it was an easy decision,” said Peterson to the official website of the club.

“I just think there’s a great culture up here, and when I look at the ability we’ve got within our squad it’s really exciting to know I’ll be involved with that for at least the next couple of seasons.

“Whichever way I looked at it the best option seemed to be to stay here, and we love the place as well as the rugby.”

Newcastle Falcons director of rugby Dean Richards is delighted in Peterson committing his immediate future with the club.

“Greg has been a really consistent performer for us who helps deliver that set-piece platform, and also contributes around the field.

“He offers that physical presence and gets through a lot of work, so it’s great that we’ve been able to keep him on board.”

Newcastle Falcons are positioned 10th in the Gallagher Premiership table with eight wins from 19 games.