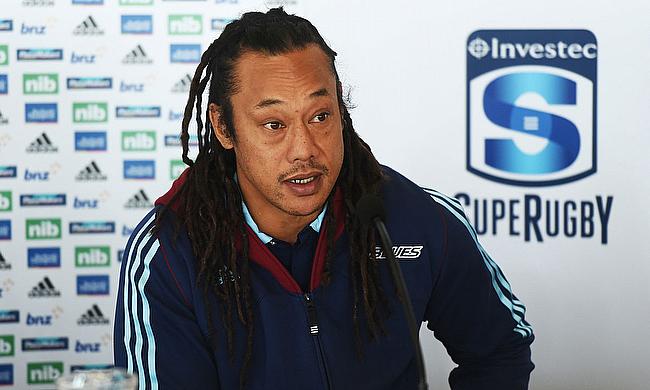 Over the last few years, the Blues have gone from one of the most exciting and effective sides in Super Rugby to perennially sitting at the foot of the New Zealand conference.

The Auckland-based franchise may have retained some of their razzle dazzle ability and enjoyed a mini resurgence in 2013, managing a measure of mid-table obscurity, but they have still been rooted to the bottom of their conference in three of the last four seasons. Over that four year period, the Blues have won just 20 of their 68 games.

That kind of record is just not acceptable for the three-time winners of the competition and is something which is not palatable in the hotbed of rugby talent that is Auckland. It is a miserable run of form which has spelt the end for coaches Pat Lam and Sir John Kirwan and has seen the keys of the franchise handed to former All Black great, Tana Umaga.

Umaga takes over the Blues' head coaching position following spells with Toulon, Counties Manaukau and most recently, the New Zealand U20 side. His tenure in France was a mixed bag, but he has certainly enjoyed success since in his two subsequent positions, including leading the Baby Blacks to World Rugby U20 Championship success earlier this year.

The task of turning around the Blues’ fortunes is certainly a daunting one and on paper one that is made all the more difficult by the exodus of experience from the franchise during this offseason. With the retirements of club stalwarts Keven Mealamu and Tony Woodcock, the two leading appearance makers in Blues history, as well as the departures of Brendon O’Connor, Luke Braid, Charles Piutau, Francis Saili and Frank Halai among others, the Blues have lost a total of 320 All Blacks caps and 901 Super Rugby caps.

There is no doubt that this will create a leadership vacuum in Auckland that the likes of Jerome Kaino and new signing Rene Ranger will have to fill but given Umaga’s task of changing the losing culture which has permeated the Blues in recent years, it may not be the worst time to lose such an extensive array of experienced players.

There are a few established stars at the Blues but for the most part, Umaga has a lot of incredibly talented clay to mould into a team in whatever way he sees fit. For all the Blues’ struggles over the last few seasons, their ability to transition emerging talent from Auckland, Northland and North Harbour has been noteworthy and is certainly as effective as any team in Super Rugby. Turning that talent into a cohesive unit and convincing the players to stay in Auckland will be amongst the most demanding challenges Umaga faces.

Headlining the talented young group at Umaga’s disposal are the Ioane brothers, Akira and Rieko. Akira was one of the emerging stars of Super Rugby last season and if that were not enough to have impressed Umaga, he was also the pick of Umaga’s New Zealand U20 side this year. Without him, it’s unlikely the Baby Blacks would have emerged victorious at the U20 Championship.

Rieko has the opportunity to emulate his older brother, with the departures of Piutau, Saili and Halai opening up vacancies in the Blues’ back line. Ranger has re-joined the franchise from Montpellier, but there should still be room for Reiko to prove himself alongside current incumbents George Moala and Lolagi Visinia.

Alongside the Ioane brothers, Tevita Li and Sam Nock are two further talented young players ready to make a name for themselves. Li has already had a taste of Super Rugby, not to mention impressing in Umaga’s Baby Blacks side, while Nock is new to the tournament, but is a gifted young scrum-half and could make the most of Jimmy Cowan and Jamie Gibson-Park moving on.

While the positives of the young talent available and the ability for Umaga to mould not only a new team but also a culture are extensive, there are significant areas of concern for the Blues, ones which could potentially keep them at the foot of the Super Rugby table.

The tight five has quality in the forms of James Parsons, Charles Faumuina and Patrick Tuipulotu, but the depth is worryingly thin. The experience of Mealamu, Woodcock and Triggs has been lost, and though admittedly there were diminishing returns at these stages of the players’ careers, their savvy and understanding of the game will be big losses.

Further back, the Blues are now completely reliant on Ihaia West at fly-half. West is a talented young player, of that there is no doubt, but whether he can consistently go toe-to-toe with the likes of Beauden Barrett, Aaron Cruden and Lima Sopoaga remains in question. Promising out-half Simon Hickey has headed north to Bordeaux and West’s main competition will come from former Aviva Premiership journeyman Daniel Bowden.

Even the most optimistic Blues mathematicians can add up all the factors in the equation and realise that the Blues are a team which will be building and developing in 2016, not necessarily challenging for honours. Patience is a virtue that Aucklanders will need to extol over the coming seasons.

That said, in terms of young talent available to them, the Blues are in as good a position as any New Zealand side in Super Rugby and with Umaga at the helm, they have a coach who seems perfectly suited to getting the most out of them. For the first time in a few years, the Blues could be a team to watch for all the right reasons when Super Rugby returns in the coming months.