14-week ban given to Viktor Kolelishvili for Wayne Barnes incident 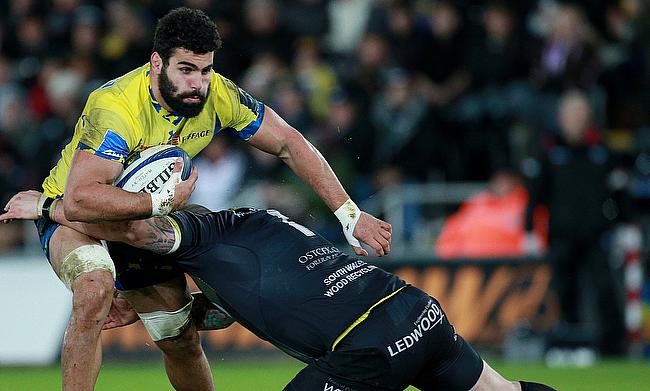 Clermont Auvergne and Georgia international Viktor Kolelishvili has been suspended for a total of 14 weeks following an incident which saw the flanker push referee Wayne Barnes during Friday's European Rugby Champions Cup fixture against the Ospreys.

Kolelishvili pushed Barnes out of his way in the 17th minute of his team's eventual 21-13 defeat, having complained the referee was impeding his view of a breakdown, and was extremely fortunate the Englishman chose not to brandish a card, instead only warning him about his future conduct and awarding Ospreys a penalty.

An independent disciplinary hearing was scheduled for Tuesday in Paris after the flanker was cited, and after hearing evidence along with Kolelishvili pleading guilty to the offence, the judicial officer David Martin found that he had "committed an act of foul play that warranted a red card".

The 26-year-old will be free to play again from April 25, and both he and European Professional Club Rugby (EPCR) have the right of appeal, though it was "determined that the offence was at the low end of World Rugby's sanctions and (Martin) selected 24 weeks as the appropriate entry point.

"He added two weeks due to the player's poor disciplinary record before reducing the sanction by half of the entry point taking into account Kolelishvili's immediate apology to the referee, his subsequent remorse, guilty plea and good conduct at the hearing.

"He [Martin] then imposed a suspension of 14 weeks."