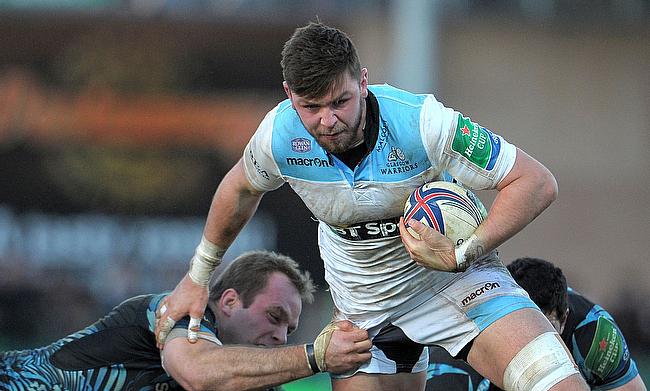 Glasgow flanker Ryan Wilson has escaped suspension after the charge that he grabbed the testicles of Northampton scrum-half Lee Dickson were dismissed.

A Scottish international, Wilson had the citing complaint against him defenestrated by European officials during his disciplinary hearing in London.

Wilson, who was overlooked for Scotland's RBS 6 Nations campaign by head coach Vern Cotter in Tuesday's squad announcement, was cited for the alleged offence in Northampton's 19-15 European Champions Cup victory over Glasgow on Sunday.

The 26-year-old is now free to return to action for both club and country.

Wilson pleaded not guilty to the offence, with independent judicial officer Simon Thomas effectively throwing out the case.

"As the judicial officer was not satisfied to the required standard that the act of foul play as alleged had been committed, the citing complaint was dismissed and Wilson is therefore free to play," read a statement from European Professional Club Rugby (EPCR).

A minimum ban of 12 weeks would have applied had Wilson been found guilty of the offence, but he is now free to return to both domestic and international action without delay.

Thomas was alleged to have bitten Castres flanker Thomas Caballero in the Dragons' 31-18 Challenge Cup victory on Friday night.

Swinson was sin-binned during the game for the incident, and pleaded guilty to the offence in Wednesday's disciplinary hearing in London.

Independent judicial officer Simon Thomas deemed the offence worthy of a red card, and imposed a suspension of two weeks that was then halved due to the guilty plea, Swinson's remorse and clean disciplinary record.

Swinson is free to play from Monday, January 25, allowing the 28-year-old to take full part in Scotland's Six Nations campaign.