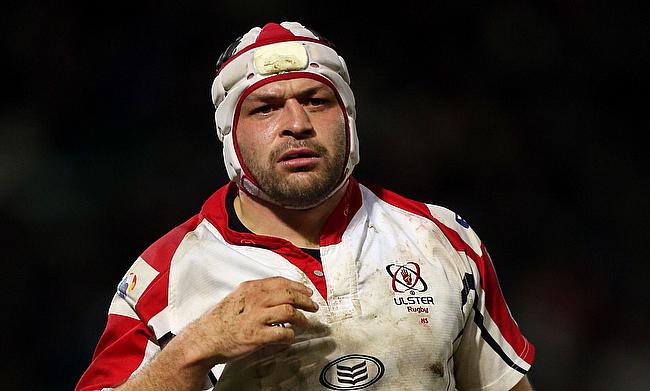 Ulster got back to winning ways with a hard-fought 18-10 victory over Guinness Pro12 leaders Connacht to move up to fourth place and breathe life into their bid to make the play-offs.

Tries from skipper Rory Best - on his return to Ulster from Six Nations duty - and Craig Gilroy got Ulster over the line to halt a slide which had seen them lose three of their last four matches.

Paddy Jackson kicked a conversion and two penalties while Connacht, who have not won in Belfast since 1960, failed to get a losing bonus point despite scoring a second-half try from Caolin Blade along with a conversion and first-half penalty from O'Leary.

Even though the game was played in difficult conditions after a day of driving rain, Ulster's relief at winning will be tempered with disappointment that they failed to make more of playing part of the second half against 13 men following the yellow cards shown to Shane O'Leary and Sean O'Brien.

Les Kiss' side also worryingly lost centre Stuart McCloskey to an arm injury in the second half which also saw them lose Andrew Trimble to the bin.

After a promising start, it was Ulster who got things going on the scoreboard when Jackson kicked a fifth minute penalty into the breeze after Connacht hooker Tom McCartney came in from the side.

Craig Gilroy then picked off a loose pass from Bundee Aki and with the visitors then trying to run the ball out of their own 22, Ulster won a penalty at the breakdown which Jackson converted to make it 6-0 after 11 minutes.

Then after Ulster had held Connacht off after several dangerous sorties near their line, a penalty given away by John Muldoon saw Jackson put the ball in the corner and from Franco van der Merwe's take, the home side mauled their way over with Best getting the touchdown.

However, Jackson's conversion of the Ulster skipper's 28th minute score hit an upright and stayed out meaning Ulster led 11-0.

O'Leary hit the post with a 39th minute penalty off an Ulster scrum but, right on half-time, the fly-half made no mistake with his next shot to close the home side's lead to eight points.

Ulster needed to produce a good start and did so four minutes in after Gilroy managed to keep an O'Leary touchfinder off a penalty in play. Peter Browne trucked it up and then Jackson's pass to Payne led to the full-back off-loading to put Gilroy in at the corner.

Jackson converted well to put the home side 18-3 in front but then had Trimble yellow-carded for an intentional knock-on.

Connacht, now releasing their bench, then worked substitute Blade over for a well-worked score with the scrum-half scoring off his first touch courtesy of Eoin McKeon and Muldoon. O'Leary's conversion of the 55th minute score narrowed it to 18-10 just before Trimble came back.

This prompted Ulster to attempt to turn the screw and after being encamped in Connacht's 22 Best was held up over the line in the 65th minute and departed for running repairs after having clashed heads with Matt Healy.

O'Leary was shown yellow for a high tackle on Gilroy on 70 minutes which was quickly followed by substitute flanker Sean O'Brien for interfering with a pass two minutes later.

But though down to 13 men, Connacht somehow resisted Ulster's surges towards their line and Ulster failed to score again.